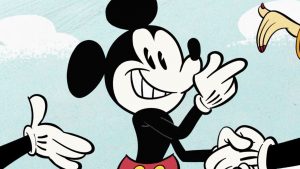 Streaming is the future of Disney’s TV business – at least that’s the message sent out in the UK with the company making the call to shut down its kids channels at the end of September.

After 25 years of broadcasting programming that defined many a millennial childhood – with shows like Boy Meets World, Hannah Montana and That’s So Raven – Disney Channel, Disney XD and Disney Junior will go off the air from Virgin and Sky in the company’s most explicit sign of confidence in Disney+, which launched in the UK on March 24.

The company has a right to be confident too, with Disney+ amassing more than 54 million subscribers since the streamer was first rolled out in November 2019.

Of course, Disney still has a stake in UK broadcasting. Sky Cinema Disney will continue to showcase Disney’s box office hits, while channels it acquired in the US$71 billion takeover of 20th Century Fox – National Geographic and Fox – will remain on the air for the foreseeable future

But rather than just a logical business decision to strike while the iron is hot, removing the Disney brand from the airwaves is a much more significant move from one of the world’s largest media companies and one that signifies that streaming well and truly is the mainstream in 2020. 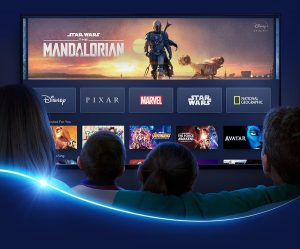 This is a sentiment put forward by Paolo Pescatore, tech, media and telco analyst at PP Foresight. “This represents a landmark moment,” he says. “The streaming revolution is gathering pace and cannot be ignored. The future is all about streaming and this latest move sets a benchmark for others to follow suit. All in one place still represents the holy grail for telcos.”

Similarly, Toby Holleran, senior analyst at Ampere, believes that the UK could serve as a case study for how Disney approaches other markets going forward: “While the shuttering of the channels are reported to be primarily the result of a failure to renew a carriage deal, Disney may well have decided that any offer from a pay TV operator below a certain amount would lead it to go down the digital route, and treat this as a test case for going digital-only. A market such as the UK works well for a move like this due to the high broadband penetration, particularly as SVOD penetration in the UK overtook pay TV in Q1 2020.”

There’s also the belief that we are approaching a point where it is simply illogical for media companies to operate big broadcast operations while trying to grow their D2C streaming businesses, Holleran says.

“Disney may also be seeing cannibalisation in the UK already, as only around 10% of our Q1 2020 survey respondents watched Disney channels, with these consumers generally very likely to take SVOD services, so will be more likely than most to take Disney+ of their own volition, with the service complementing the channels.”

Pescatore at PP Foresight echoes this sentiment, arguing that “companies can no longer continue to support a slew of channels and cannibalise revenue streams.”

Also interesting is Disney’s decision to shun linear TV altogether, even though many other companies like NBCUniversal offer access to live channels through their SVOD apps. Holleran points out that Disney did offer access to Disney Channel, DisneyXD and Disney Junior through Disney Life – the experimental precursor to Disney+ which solely operated in the UK – but that this saw “generally low uptake, even with pay TV declining.”

Pay TV operators at a loss

It is very easy to frame this story as one of Disney taking its destiny into its own hands, but that would discount the seismic effect that this ongoing shift to streaming is having on pay TV operators – particularly Sky and Virgin Media which are the subject to this exodus.

“At face value, Sky is in a better position than Virgin Media,” says Ampere’s Holleran. “Given Sky’s existing deal with Disney to allow consumers to access Disney+ through Sky Q boxes, it could create a relatively seamless transition for consumers, or perhaps enable consumers to add a Disney+ subscription to their packages in lieu of Disney channels (especially if they are currently paying for them).”

Virgin by contrast has no such deal in place, and users are unable to access Disney+ through their set top box.

On a macro level it’s also clear that Sky has built a stronger identity for itself with the recent launch of numerous Sky-branded channels to complement its industry-leading sports output. These include a trio of factual networks which launched at the end of May and a number of entertainment channels first revealed in August 2019.

Even BT, a relative minnow when comparing subscriber numbers, has BT Sport with the UK rights to the UEFA Champions League and exclusive access to drama channel AMC.

Virgin Media, by contrast, offers no exclusive channels and may well be fearing that other broadcasters – such as ViacomCBS which is set to roll out its ‘super service’ streamer in 2021 – could make a similar move to reduce or entirely remove their content from linear TV. Though it’s worth noting that Virgin Media’s TV business is likely to look radically different in the coming years as the Liberty Global-owned telco merges with Telefonica’s O2 in a £31 billion deal.

In all of this, one must not ignore that this is also a risk for Disney and not necessarily as sure a success as the launch of Disney+ was. Holleran says: “The key part for Disney is that for a move like this to work, it will need to be generating more revenue from Disney+ than it would have done from these carriage deals and the licensing of its content (such as the ongoing deal with Sky for some of its latest movies).”

Disney is one of the largest media companies in the world which believes it can afford this risk with the prospect of a great reward. Should Disney+ continue to flourish without the company also needing the extra cost of running linear TV networks, it could be an indicator that others may seriously consider following suit.