Boost for Bezeq expected from yes merger and infrastructure-ISP combo

Israeli service provider Bezeq’s merger of its Bezeq International consumer business with direct-to-home pay TV operator yes, the combination of infrastructure and ISP divisions and the planned separation of its business-focused ICT division into a separate wholly-owned company will deliver significant benefits for the company, according to analysts at Jefferies. 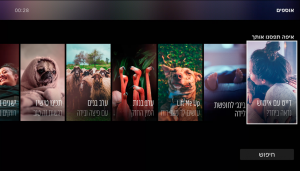 Yes+: the pay TV operator has seen a switch to IP customers

According to Jefferies, the acquisition of yes could deliver NIS50 million (€13.2 million) in cost savings per annum for Bezeq and add NIS0.2 per share to its value in a best-case scenario.

“Yes is maintaining its customer base and slowing ARPU decline, whilst migrating to IPTV (now 33% of base). Bezeq International and yes delivered robust margins in 2Q21 (ahead of JEFe and forecasts that justify fair values),” said the analysts.

Jefferies said that “further upside potential” could be realised from the Israeli government giving Bezeq permission to a combined infrastructure and ISP service, beginning from the second quarter of next year.

“This offers a significant opportunity in a situation where Bezeq has a 60% infrastructure share but less than half these customers take an ISP service from the Group,” said Jefferies.

“The merger of Bezeq International and yes will allow us to implement, for the first time, a triple play strategy based on the leading brand and TV product in Israel together with Bezeq’s excellent fibre infrastructure. Through this merger, we see growth potential alongside continued efficiencies,” said Bezeq chairman Gil Sharon.

“We welcome the Communications Minister’s approval for merging Bezeq International’s operations into yes. This will allow us to move forward with our restructuring project, bringing substantial value to our customers and increasing competition in the Israeli telecom market, while spinning off Bezeq International’s ICT business division as a separate entity. We have anticipated these regulatory changes, and are now working to assure the strength and integrity of our companies, while safeguarding our employees’ rights,” said Ran Guron, CEO of Bezeq’s Pelephone and Bezeq International units and of yes.

Yes had 560,000 subscribers as of the end of June, up slightly from the 557,000 recorded at the same point last year. The company said it had added 2,800 customers since the beginning of the year, the vast majority in Q1, with growth in IP subscribers with the  yes+ streaming offering and Sting TV service, amounting to 174,000 customers or 33% of the overall base.

Bezeq itself posted revenues of NIS4.42 billion for the first half, up 1.8%, and EBITDA of NIS2 billion, up 6.2%, with EBITDA turning negative in the second quarter.