DAZN hit by Serie A problems as Sky, TIM reach agreements on bars 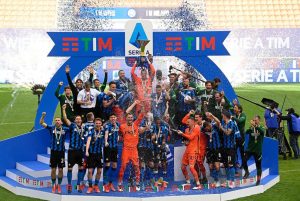 Sports streamer DAZN has begun streaming coverage of Italian Serie A football to the Italian domestic audience, but not without attracting criticism for the quality of its transmissions.

The debut, featuring a match between Inter and Genoa, was hit by technical problems for around 10 minutes, attracting the wrath of social media users and of the Lega Serie A itself.

Regulator AGCOM is expected to ask DAZN for a detailed report on what went wrong and to monitor next weekend’s coverage.

Pay TV operator Sky has meanwhile struck an agreement with DAZN to distribute all Serie A matches via satellite to public venues including bars  via the Sky Sport Bar service.

Under the deal, seven matches sublicensed to Sky by DAZN are added to the three Serie A matches already included in the Sky offer.

The deal with DAZN is in addition to one already reached between Sky and Amazon for bars, encompassing the UEFA Champions League, the entire UEFA Europa League, and the new UEFA Europa Conference League.

The agreement also includes coverage of Spain’s LaLiga, rights in Italy to which are also held by DAZN.

DAZN’s main partner in Italy, Telecom Italia, said on Thursday that it had also reached a three-year understanding with DAZN, to be finalised “in the next few days”, for the distribution of the latter’s service in the so-called Horeca market, meaning the hospitality sector encompassing hotels, restaurants and cafes.

TIMVision, TIM’s streaming platform for entertainment and sport, will distribute DAZN to its hospitality sector client base.

TIM said that the understanding would make the best of Italian and international football, including DAZN’s Serie A coverage, shown on the DAZN App, available to commercial premises with TIMVision.

DAZN and TIM already have an agreement in place whereby TIM distributes the streaming service to TIMVision subscribers, with TIM underwriting some of the costs paid by DAZN for rights to the competition.