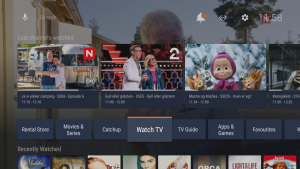 Allente last year revealed that it was deploying  set-top boxes and middleware from Kaonmedia alongside Android TV specialist 3SS-enabled viewing experience enhancements across its aggregated 1.2 million subscriber base.

According to the partners involved, the latest milestone sees Allente become one of the first operators to complete Google Common Broadcast Stack integration for an Android TV Operator Tier box.

The Common Broadcast Stack is designed to enable faster rollouts of hybrid Android TV and broadcast services by integrating the playing and recording of broadcast TV signals, allowing users to access such services via a common HDMI input and removing the need for separate integration of broadcast elements on a case-by-case basis.

Late last year, Technicolor, a leader in Android TV boxes, announced that it was partnering with Google to integrate the Broadcast Stack onto a range of devices, in a move that was widely expected to accelerate adoption of the technology.

“We congratulate Allente for becoming one of the first operators in the world to leverage the Common Broadcast Stack, and in working closely with world-class technology partners, elevating the digital entertainment user experience for consumers,” commented Matthias Puschmann, strategic Android TV partner development manager at Google.

Jon Espen Nergård, Allente CTO, said, “Completion of our STB integration so rapidly is a clear testament to the technology, engineering skill and dedication to customer satisfaction from our partners Kaon and 3SS, and indeed those of our wider partnership of collaborators which includes Nagra, Broadcom and of course Google.”