eMarketer: 2018 to be milestone year for digital video ads in the US

US video ad spend is tipped to grow nearly 30% to US$27.82 billion in 2018, marking a milestone year of digital video advertising, according to eMarketer. 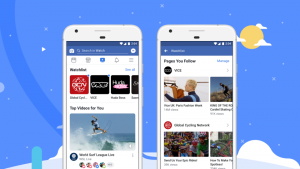 The research firm said that video ad spend will make up 25% of US digital ad spending this year with Facebook capturing nearly a quarter of this video ad spend.

Facebook, including Instagram, is tipped to account for US$6.81 billion of US video ad spend in 2018, with its dominance as the top social video ad platform expected to continue with double-digit growth through 2020.

YouTube is expected to generate US$3.36 billion in net US video ad revenues, up 17.1% over last year, with the video site now deriving an estimated 73% of its ad revenues from video the US.

Of the other major social platforms, Twitter’s video ad revenues are expected to grow just over 12% to US$633.3 million this year with 55% of the platform’s ad revenue coming from video. This will give Twitter an 8.1% share of US social video ad spending and a 2.3% share of total video spending.

eMarketer principal analyst Debra Aho Williamson said: “In-feed video has been a successful ad format for both Facebook and Instagram. Marketers rely on in-feed video ads to capture users’ attention and build brand awareness. A newer video ad format, in-stream advertising in Facebook Watch shows, is still relatively new, but we think advertisers will increase their usage of it because it is similar to linear TV advertising.”