Six more months of COVID-19 restrictions – where does sports broadcasting go from here? 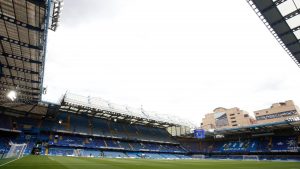 The UK government deflated broadcasters, sports leagues and fans alike when it announced that there will be at least six more months of COVID-19-related restrictions, including the pausing of getting crowds back into stadiums.

Speaking on BBC Breakfast earlier this week, Michael Gove, the Cabinet Office minister, said: “It was the case that we were looking at a staged programme of more people returning. It wasn’t going to be the case that we were going to have stadiums thronged with fans, we’re looking at how we can, for the moment, pause that programme. We have to look at sporting events with caution.”

The decision was met by derision, particularly in the lower leagues of English football, with English Football League chairman Rick Parry telling the BBC: “It just seems a little bizarre that you can still go into pubs and clubs and circulate, albeit you have to come out at 10 o’clock. It is a tad ironic and disappointing as we had seven extremely successful pilots at the weekend.”

Higher up the totem pole of English football, the news has knocked back the Premier League which, when announcing that all of September’s matches would be broadcast live by Sky Sports, BT Sport, Amazon and the BBC, said that it would consider “further arrangements” should the ban not be lifted. This has been extended to the first weekend of October, and Premier League clubs will meet during the international break to discuss what’s next.

Tim Westcott, research and analysis director, programming at Omdia, says that “we would expect that to continue as long as there is limited visibility about how the health crisis is developing.”

He notes that “broadcasting rights are currently the only revenue stream for the League as long as fans can’t go to matches.”

However, recent reports have suggested that the league is considering following the lead of the EFL in letting clubs stream non-televised matches on a PPV basis. The argument for this model is that it would allow clubs to make up for some of the predicted shortfall of £540 million from lost matchday revenue, and that it would ease the devaluation of rights deals that would happen from a massive increase in matches being shown live.

This would no doubt spark controversy from sports fans who are already paying significant amounts to subscribe to pay TV channels. It would also see supporters of lower-placed clubs have to pay more than those at the top of the tree, with teams like Liverpool and Manchester City seeing most of their matches scheduled for broadcast.

Regardless of whether broadcasters continue to show all matches or whether they are gated for fans, the increased exposure will not necessarily translate to significantly increased ad revenues, says Westcott.

“In theory, the crisis should be good for TV audiences as there is no other way to watch games, the analyst notes. “But we’re also entering a severe economic recession and advertisers are not necessarily going to take the advantage even if larger audiences are there.”

Westcott’s colleague, Ed Barton, chief analyst of the entertainment practice at Omdia, adds that “broadcasters may get more games to show but the pandemic’s impact on advertising and consumer spending will work against any positives.”

He says: “Brand spending which continues may be diluted over more inventory and entire segments are still in comas when it comes to marketing spend and it will get worse as we enter a recession, people lose their jobs and consumer spending dives.”

There have also been fears that the seemingly endless amounts of live sport being shown could result in oversaturation and viewer fatigue, but this has proved unfounded so far, notes Barton. He says: “Audiences want live sports and I’ve seen no indications of fatigue, quite the opposite as audiences bounced back following the pandemic.”

This was categorically proved to be the case with the season opener of the delayed IPL. The match between the Mumbai Indians and Chennai Super Kings attracted a global audience of 200 million across linear and OTT making it, to quote Board of Control for Cricket (BBCI) secretary Jay Shah, the “highest ever opening day viewership for any sporting league in any country.”

One thing that is certain is that while sports fans will only be able to watch their teams from the comfort of their sofas or the socially distanced table service of a pub, debates will continue around the employment of ‘enhanced audio’.

The implementation of fake crowd noises from the FIFA video games was an inelegant solution, but one which did go some way to recreating some semblance of atmosphere as a stop-gap.

However, with it being likely that English football will go a full 12 months without having crowds in grounds, broadcasters could look to other technological methods as a means of filling the gap left by fans.

As Omdia’s Westcott says: “The lack of crowds clearly detracts from the atmosphere of televised sports.”

The WWE is an example of a sport which has looked to improve upon this via technology, albeit in a much smaller and more controlled environment than outdoor football stadiums. Amid waning ratings, the pro wrestling outfit introduced its “state-of-the-art” set dubbed ThunderDome. Along with some enhanced production involving pyrotechnics and drones, the main focus of this presentation is a wall of screens where fans would typically sit. The screens show fans watching live from home, with viewers signing up for a chance to appear and react live on TV.

The Premier League may not look to such a drastic investment with audiences mostly stable, but it could consider further technological enhancements as a means of improving the viewing experience.

The technology involved in sports broadcasting in the pandemic doesn’t end with crowd noises though.

Speaking to Digital TV Europe in July, Verizon Media head of product management Darren Lepke said that the pandemic has proved to be “an accelerant” rather than a “change agent,” in regards to a shift to the cloud for production and delivery.

This is out of necessity – there are limits to the number of people allowed in a stadium at any one time – but also the direction the industry is headed, with direction and delivery being handled off-site.

Omdia’s Barton agrees that “I don’t think the pandemic will have changed the broad direction each broadcaster might be travelling in but it may well have affected the timing and implementation given the challenges of working, and in many cases reduced the amount of resource they can throw at the problem.”

He notes that “every broadcaster has to determine the goal, timing and extent of the operational and technology transformations needed for them to survive and/or thrive going forward and the shift from on-prem to cloud based technologies was already well underway at many pre-COVID.”

There have been many questions asked of sports broadcasting as a result of the pandemic on the nature of rights and technology, and many were answered on a temporary basis for the immediate future when sports first restarted. But now that the murky picture has been somewhat cleared up to effectively write off 2020/21 as a ‘normal’ season, we should get a better idea of what sports broadcasting is going to look like for the foreseeable future in the coming weeks.