Government puts stadium plans on hold, with sports set to continue without crowds 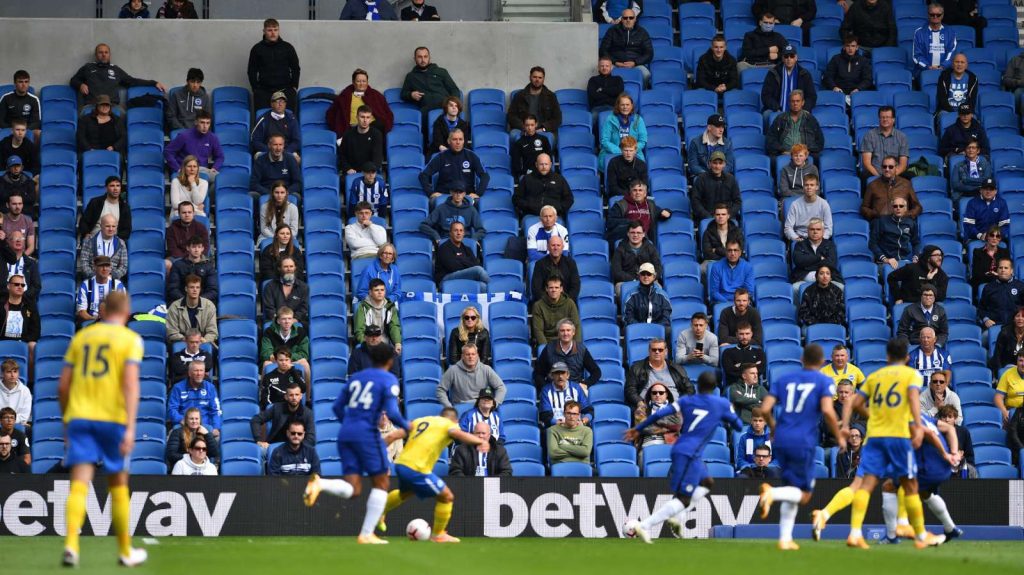 Plans to get fans back into UK stadiums from the beginning of October have been put on hold.

The government had initially set a date of October 1 for getting limited crowds back into grounds, but with a second wave of COVID-19 expected in the coming weeks, the Cabinet Office has paused this plan.

Michael Gove, the Cabinet Office minister, went on BBC Breakfast to announce the government’s response to the increasing number of cases in the country. The main announcement was a reversal of the previously announced push to get workers back into offices, but there were other ramifications as well.

“We have to look at sporting events with caution.”

The government had previously allowed a limited number of fans back into a series of pilot events, including a football friendly between Brighton and Chelsea, and test cricket matches.

The minister recognised live sport as “a vital part of the life of the nation” and said that the government has “been piloting some open-air venues and we do want people to be watching sport.”

This will undoubtedly have ramifications to broadcasters, which have already been permitted to show all of September’s English Premier League matches. The league would prefer to show a limited schedule as to avoid burnout, but said that it would consider “further arrangements” should fans not be permitted into grounds.

By contrast, the German Bundesliga and Italian Serie A have begun to reintegrate fans back into stadiums, with updated government guidelines allowing for crowds. A Serie A match had 1,000 fans, but the German crowd was even bigger at 9,300.