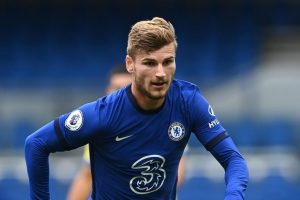 The English Premier League has made an about face turn on its previous assertion that its broadcast schedule would go back to normal for the 2020/21 season, with it now allowing for all matches to be shown in September.

The season, which kicks off this weekend, will be played behind closed doors until further notice. There were initially plans to ease fans back into stadiums in October, but it remains unclear how this will be impacted by an expected second wave of COVID-19 lockdown restrictions.

The league had additionally added 20 matches to the season’s broadcast schedule in an attempt to stave off pressure, but the move was evidently not enough to placate fans desperate to see their teams kick off the new season.

As such, all 28 matches being played in September will be broadcast, up from an initial count of 17. The additional 11 matches will be spread across the EPL’s broadcast partners, with six being on Sky, three on BT and one on each of Amazon and the BBC.

This will also include a suspension of the 3pm Saturday blackout rule, and follows a similar arrangement between the lower-tier English Football League to broadcast or stream all matches while grounds are closed.

In terms of radio coverage the league said that it was in talks with current rights holders BBC Radio 5 Live and TalkSport.

The league still maintains that it will begin to get fans back into stadiums from October, but said that it would consider “further arrangements” should the ban not be lifted.

A statement from the body said: “The Premier League is working on a step-by-step approach, while monitoring the developments regarding the league’s number one priority of getting fans back into full stadia as soon as possible, with safety always being our priority.”

Malcolm Clarke, chair of the Football Supporters’ Association which campaigned to get more matches on TV, said: “It’s a step in the right direction but this policy must be extended through the season while games are being played in front of severely restricted crowds.”

Germany’s DFL came closest to getting live crowds back to matches for the country’s top two divisions and drafted a plan, but this was waved away by the local government which said that he country was unprepared.