Sports broadcasters look to the cloud in pandemic return 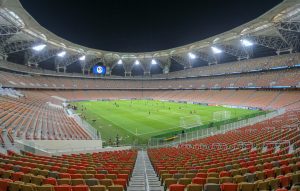 From dearth to excess; sports are back on TV with a vengeance to make up for lost time.

The English Premier league, for example, is scheduled to cram in 92 matches between its June 17 resumption and the end of July, while other competitions like the Formula One are taking a less breakneck pace but are still looking to satisfy a months-long absence of sports.

Still, it is not quite business as usual. There are safety measures in place on a national and organisational level, but we are still in the midst of a health crisis that makes showing up to a 50,000-capacity stadium a huge risk.

As such, there have been some very visible changes to the conventional match day viewing experience. The most obvious is the abandonment of the traditional 3pm blackout – a move that was mooted even before the league’s initial shutdown in March – with each and every Premier League match being broadcast live by BT, Sky, Amazon and – for the first time – the BBC. Half of the matches are also available free-to-air for the first time in the league’s history, with Amazon broadcasting its allotment of free matches on its game streaming platform Twitch.

From a viewing perspective, the lack of crowds – and the contentious ‘enhanced stadium sound’ – along with socially distanced presenters has made the experience jarring, but not completely alien.

Behind the scenes is where things have become even trickier though. Approximately 300 people is the maximum allowed into any stadium at any one time, and broadcasting teams of dozens of camera operators, producers, and others have all been stripped down to their bare bones. 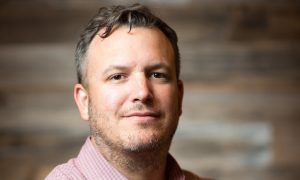 Speaking on Digital TV Europe’s TV Watch podcast, Verizon Media head of product management Darren Lepke explains some of the challenges from a technical perspective when it comes to delivering sports content.

“For us in the online streaming world, we pick up where the broadcast teams leave off. So when you’re handing off the produced version of the match to your satellite distribution end

point, and then beaming out to homes, our system basically plugs into the final production feed, prepares the video content for streaming on the internet, distributes it to our global CDN, and then streams it out to mobile devices over the internet. Rather than through a satellite to a set top box,” he says.

“So for us, the biggest impact so far has been on our ability to actually do that plugging into the broadcast feed in person. Typically we have feeds coming in, maybe from the side of the pitch where we actually are sending people out to the stadium and those feeds come back to a broadcast centre, a centralised location or a data centre where we’re able to go in and wire

everything up and configure the servers there.”

But even though a lot of this work doesn’t involve explicitly visiting the stadiums themselves, they still present their own challenges, Lepke notes. “Given the pandemic that’s happening, our ability to access the actual location or access data centers has been restricted. So from a production perspective the biggest challenges have been to ensure that everything we used to do on premise can now be done virtually in the cloud.” 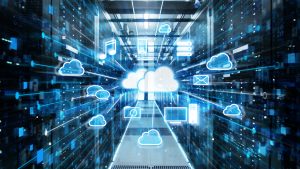 ‘Cloud’ may still seem like an industry buzzword, but the ability to work remotely via the internet is increasingly becoming an essential part of the industry and is facilitating the safe broadcast of sports during the ongoing pandemic.

The health crisis is, Lepke says, “an accelerant” rather than a “change agent.” He explains that “the good news is that the industry has been heading this way for many years. [The pandemic] is making things that were two or three years on the horizon happen now.”

As such, Lepke says that Verizon Media is currently seeing “a lot of accelerated interest in tools that you can operate from the cloud” and that the company is in a relatively healthy position.

While aspects of sports broadcasting like the reduced production staff, empty arenas and presenters analysing matches from their living rooms will hopefully become a distant memory, this pandemic has proven to be a case study of how cloud-based production truly is the way forward.

Tools that allow broadcasters “to do all the things you may have done formally in a production studio in the cloud,” as Lepke says, are a natural progression for the industry and ones which look set to become ‘the new normal’ in a post-pandemic world.

To listen to the full interview with Darren Lepke, head of product management at Verizon Media, check out the latest episode of TV Watch, a new podcast from Digital TV Europe. It is available on all major podcast platforms, including Spotify, Soundcloud, iTunes and TuneIn.