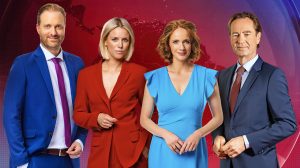 Vodafone Deutschland is to add Bild TV, the TV channel based on the popular news magazine of the same name, to its offering.

Bild TV will launch on Vodafone’s TV service next Sunday, bringing its blend of talk shows, news, reports and documentaries to Vodafone subscribers.

Vodafone’s 13 million or so customers will be able to access the free-to-air channel in HD on multiple devices. The channel is produced by WeltN24 GmbH, publisher Axel Springer’s vehicle for TV services Welt, Bild and N24 Doku.

The channel will feature a daily news magazine, Bild Live, every weekday from 09:00-14:00, as well as reports on Bundesliuga football among other things.

Lars Riedel, Head of TV and Entertainment at Vodafone, said: “Willy Brandt once said he wanted many peaceful, colourful, but also exciting events at the start of German colour television. With the launch of Bild in the Vodafone TV cable network, there is now such a new TV event. We wish the channel editors every success and look forward to its exciting, colourful mix of live news, sports, shows, crime reports and documentaries in our GigaTV offer.”

The addition of Bild to Vodafone’s TV offering follows hard on the heels of the service provider’s agreement with German. Broadcaster RTL for wider channel distribution and the inclusion of streaming service TV Now Premium in Vodafone’s offering.