‘The right streaming strategy at the right time’ is how Comcast CEO Brian Roberts has described Peacock, NBCUniversal’s OTT platform which launched this summer.

The streamer, which offers both on-demand and live viewing, is available in a traditional-looking US$9.99 package for ad-free viewing, along with an ad-supported US$4.99 tier available at no extra cost for a significant number of Xfinity broadband and TV customers. Peacock also offers an entirely free tier which reduces the amount of content available by roughly half.

While some may have feared that this would confuse consumers, the strategy evidently appears to be working. Peacock, with 22 million sign-ups, was a bright spot for Comcast in an otherwise pandemic-hit quarter.

It’s worth noting that Comcast has failed to disclose the makeup of those users: i.e. how many are paying, how many are watching for free, and how many are receiving the streamer as a benefit of their existing packages. But even if the latter two represent a larger portion of the user base, it would still represent a step in the right direction – particularly when compared to HBO Max which, in effect, has 28.7 million subscribers but only 8.6 million actually using the streamer.

Peacock’s nascent success however is about more than just its number of users. It is success tied to an overarching strategy that has created a viable moneymaker at little cost for its operator. Roberts is already pleased with the streamer for exceeding expectations “for a lot less money, and a lot less risk to our core company.”

Again, contrasting Peacock to HBO Max displays a compelling narrative. HBO Max has already cost its parent company potentially US$1.2 billion in lost licensing revenue, but WarnerMedia has entirely restructured its business to put the streamer at its heart – anything less than a stellar success would be costly.

Peacock, by contrast, is arguably a less risky proposition for its parent company but one already appearing to bear fruit. 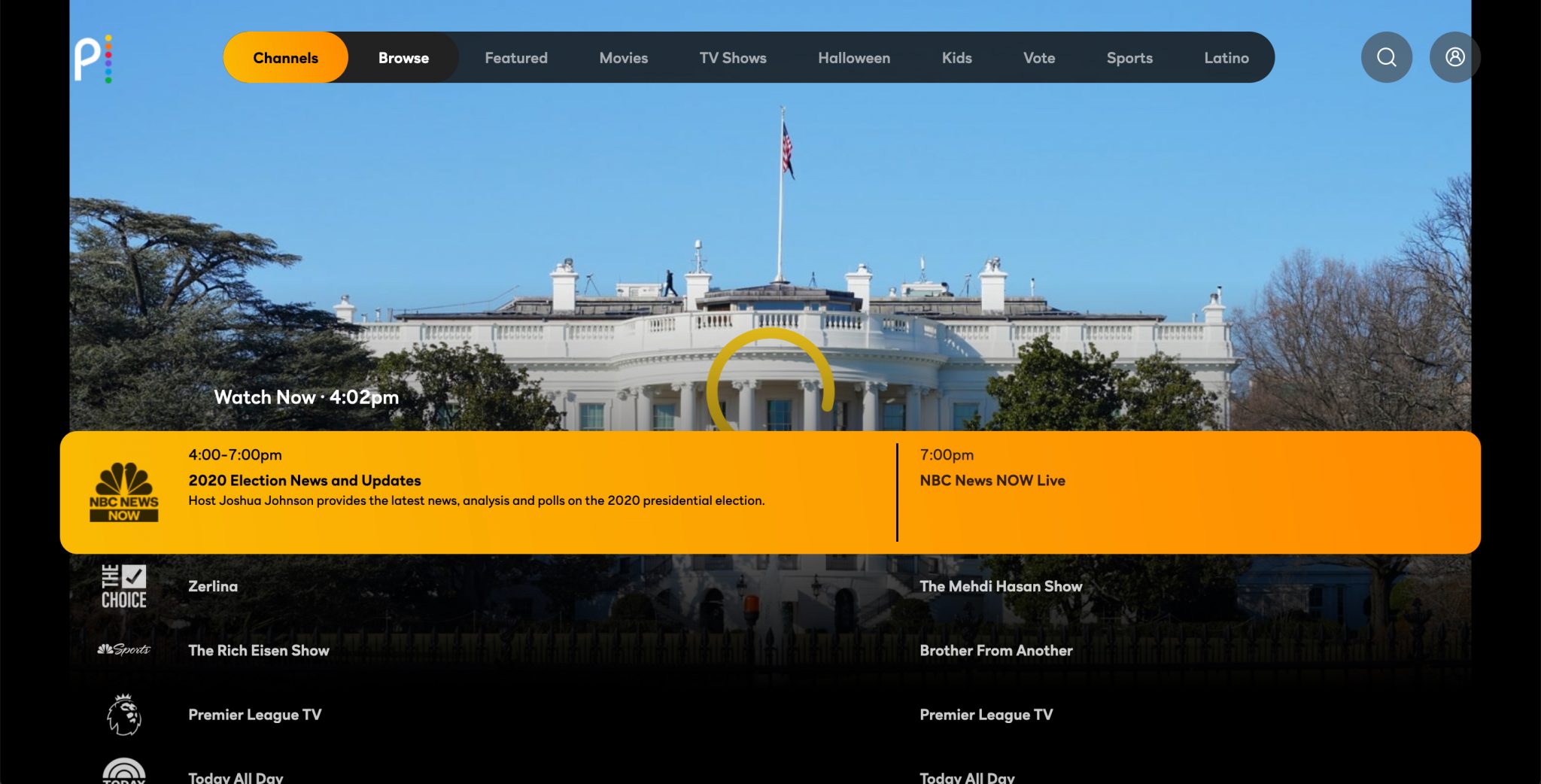 Peacock offers a range of live channels in addition to on demand content, with channels dedicated to NBC’s news coverage, sports and entertainment

Part of this low-risk is to do with how NBCU is handling its content. Not only is NBCU able to lean on an “expansive high-quality library and over US$20 billion of annual content spend,” but much of that is content which was not being licensed to other streamers.

NBCU CEO Jeff Shell noted that users are watching “that they didn’t necessarily discover on other platforms like Yellowstone, and recently Mr. Mercedes” – both of which were not being licensed domestically.

Outside of that, there is other content on Peacock driving engagement which NBCU would either not have been able to license out – such as live sports including the English Premier League – or would not have been viable for sale to a non-NBC platform, including NBC News shows and the intrinsically NBC-branded iconic sketch comedy programme Saturday Night Live.

All of this creates an evidently compelling platform which is generating revenue from non-saleable or previously unsold content, while the additions of comfort TV like 30 Rock, Parks and Recreation and, in the new year, The Office will ensure that viewers have access to their regular favourites.

The only slight ding against Peacock in terms of its content is that it has failed to secure any major original hits. It’s flagship launch title Brave New World has been canceled after only one season, while its best-received Peacock-branded originals have been imports like the BBC’s The Capture.

Since launch, Peacock has offered a second chance for previously cancelled off-kilter sit-com A.P. Bio while it will hope that its reboot of Saved By The Bell inspires audience engagement rather than just serving as a nostalgia trip.

Peacock platform ads up and keeps costs down

The day after Peacock launched, NBC aired an hour-long reunion special of the Tina Fey vehicle 30 Rock, all shot in lockdown save for some clips recorded on the streets around Fey’s New York home. 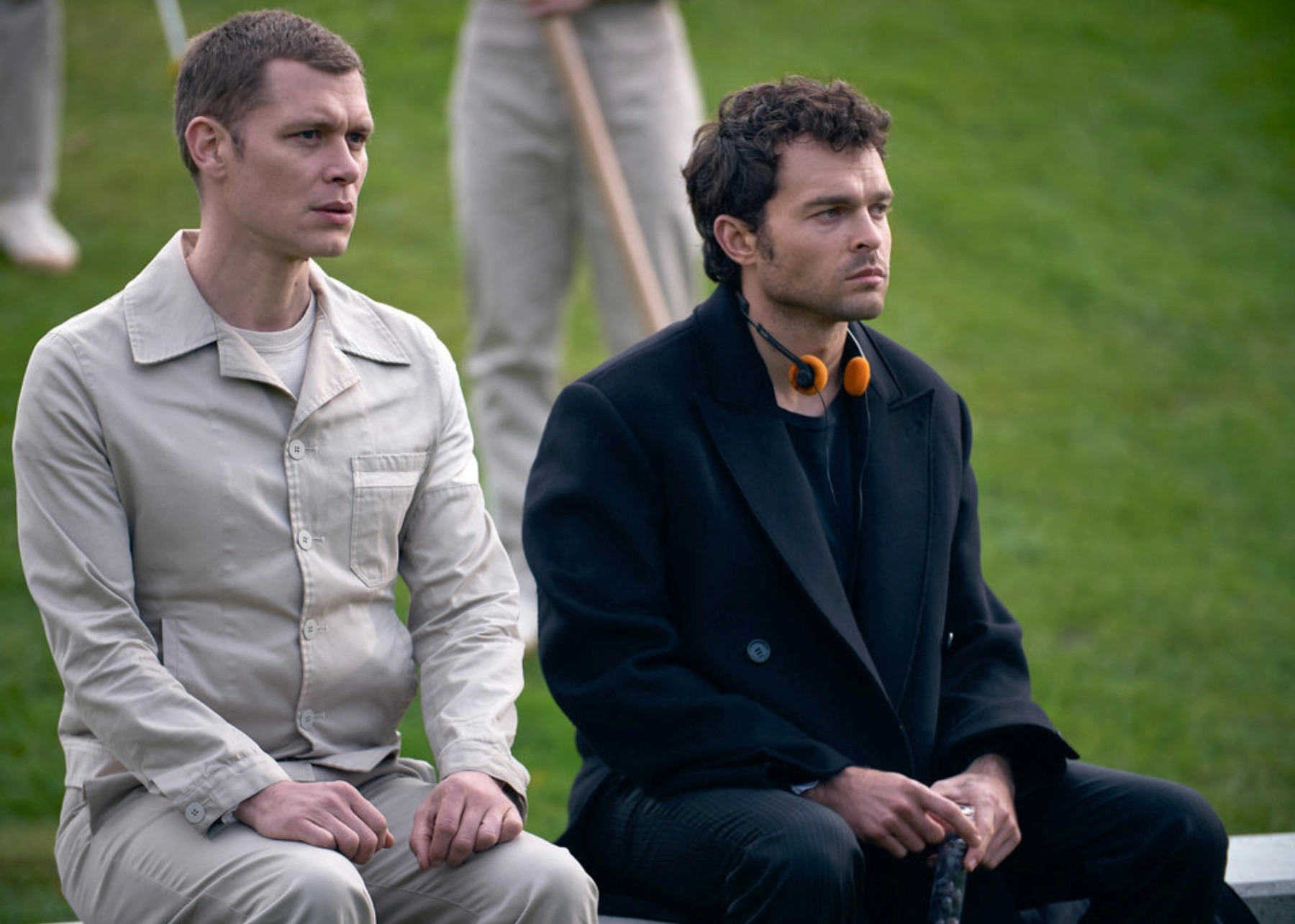 Brave New World, despite being the highest-profile original launched by Peacock, has been canceled after just one season

More than just a catch-up with one of NBC’s most successful shows of recent years, the reunion almost entirely acted as an ad for Peacock – but not necessarily in the way that you’d expect.

Rather than touting the platform’s thousands of hours of content, the show was mostly addressing advertisers and highlighting Peacock’s tailor-made ad model which promises a win-win for both viewers and buyers.

For viewers, Peacock presents no more than five minutes of ads for every hour of content. By contrast, Hulu’s ad-supported tier – which costs a dollar more than Peacock’s – shows roughly nine minutes of ads per hour, while viewers of traditional broadcast TV are used to more than double that figure.

For advertisers though this does not translate to less exposure. Rather, Peacock is built around a greater focus on a tailored experience that will reach a more relevant audience in what has been called a ‘groundbreaking AVOD strategy.’

Part of this is due to the fact that NBCU sells its inventory as one combined platform of linear and digital, with NBCU’s chairman of ad sales and partnerships Linda Yaccarino earlier this year saying that “the distinction between the two seems so yesterday.”

The NBCU CEO Shell also said that Peacock’s ad model “gives us an opportunity to sell where others don’t really sell” and that it “launched right into the strength of that scarcity” caused by the pandemic.

But while Peacock as a platform was purpose built from the ground up by NBCU, the company has also been able to keep costs down by borrowing from across the Atlantic.

Leaning on UK counterpart Sky – which has been operating its own streaming service Now TV since 2012 – Shell said that NBCU has been able to utilise “Sky’s expertise to have a product that looks good and works really well.” Shell previously confirmed that Peacock’s platform is also drawing on the technology used and developed by Now TV.

It is arguable that, ahead of launch, Peacock did not draw the same kind of mainstream hype of HBO Max or Disney+. With Peacock, NBCUniversal has been somewhat conservative in its approach and has not pinned the hopes of the entire company on whether the service sinks or swims. Even its flagship original Brave New World was created for broadcast on Sky in the UK as much as a Peacock-seller.

Comcast’s cautious approach to streaming is unlikely to have been constructed with a pandemic in mind, but the current financial instabilities caused by Covid-19 have highlighted the solid foundations put in place.