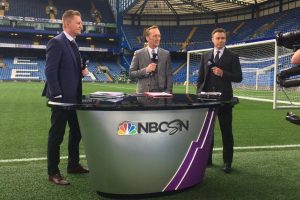 NBCUniversal has confirmed that Peacock will be the exclusive streaming home of more than 175 English Premier League matches for the 2020-21 season.

The Comcast-owned broadcaster confirmed that the streamer, which launches on July 15, will present more than 1,500 hours of EPL matches over the season to create what it says is the “most robust offering ever in the US”. In addition, Peacock will also house full-event replays for all 380 matches on demand.

NBCU had previously offered a Premier League Pass via its NBC Sports Gold premium offering which cost US$50 for the season, but this will now be covered by the ad-supported US$4.99 per month tier and the premium ad-free US$9.99 per month tier.

The cheaper of the two tiers is also available at no additional cost to Comcast’s Xfinity X1 and Flex customers across the US, meaning that millions of viewers will have a large number of additional EPL matches available to them for free.

Rick Cordella, EVP and chief revenue officer at Peacock said: “This exclusive Premier League programming is an exciting addition to our live sports content on Peacock Premium, and we are thrilled to continue delivering our best-in-class Premier League coverage to NBCUniversal linear television customers as well as new Peacock subscribers.”

Peacock launches on July 15 with a free tier featuring more than 7,500 hours of content and the aforementioned premium tiers which offer more than double that.

This news comes a day after NBCU announced that it will mark next week’s launch by making its matches available for free on July 15.