Peacock launches in US 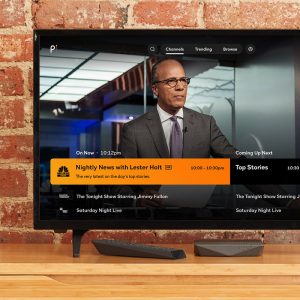 Comcast NBCUniversal’s new streaming offering Peacock launches in the US today, leaning on a free-to-view tier featuring over 13,000 hours of programming.

In addition to the free tier, Peacock will offer a premium service with over 20,000 hours of content, live sports including 175 exclusive English Premier League football matches from the 2020-21 season, the US Open golf championship, Ryder Cup tennis, the Tokyo and Beijing Olympics and an NFL Wild Card Game.

The free tier will include new episodes of NBC current season series one week after they air including This Is Us and The Blacklist, sample episodes of Peacock Originals and a large number of library titles.

The streamer will air a number of additional originals including A.P. Bio, Departure, Five Bedrooms and Hitmen, to debut in August and September.

The offering will also feature early access to new episodes of current season NBC shows such as America’s Got Talent as well as Telemundo series for Spanish-speaking viewers.

Peacock is currently available on Apple and Android devices as well as Microsoft’s Xbox One family, Vizio SmartCast TVs and LG smart TVs.

Eligible Comcast Xfinity X1 and Flex customers, and Cox Contour customers, will have access to the service at no extra cost. Sony PlayStation 4 and PlayStation 4 Pro will be added on July 20. Notable by their absence so far for the US market is Roku and Amazon Fire TV.

“This is a historic moment for our company as we proudly introduce Peacock to consumers nationwide—a groundbreaking vision that was brought to life by an incredible team of people from across Comcast, NBCUniversal and Sky,” said Matt Strauss, chairman of Peacock.

“From current, classic and original movies and shows, to live news, sports, curated channels and trending content from around the world, Peacock is the only free, premium ad-supported streaming service that brings together everything consumers love about television and streaming—all in one place.”