How Amazon, Google and Roku’s new streaming devices fit in with a services-oriented strategy 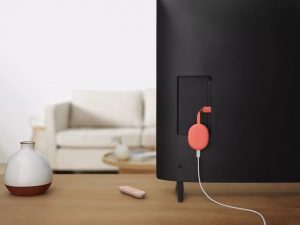 In anticipation of what is likely to be a significantly more modest holiday season than usual, a handful of the biggest players in the streaming device space all have announced new products in the past couple of weeks.

Chief among these is Google, producing the first major update to its Chromecast range in seven years. We also have a redesigned streaming stick and budget soundbar from Roku and a pair of new Fire sticks from Amazon.

It is particularly interesting that Roku and Amazon have launched devices, given their increasing reliance on services and ad revenue for growth. Roku, for example, is seeing its ad business go from strength to strength. The company recently announced that its Platform segment – which includes the ad business – grew by 46% year-over-year to US$244.8 million while Its monetised video ad impressions grew by around 50% year-over-year.

Amazon is a bit more coy on its channels business, but BMO Capital Markets estimated that it would make US$3.6 billion from Prime Video Channels in 2020 – though this was prior to the Covid-19 pandemic and subsequent financial fallout.

Either way, ads and channels are where these platform holders are seeing the greatest amount of growth, but they still know that it needs to keep making devices. Roku, in announcing its better-than-expected Q2, said that device sales increased to US$111.3 million with 43 million monthly active users and recognised that it still relies on device sales to drive revenue.

The timing of these three devices being announced so close together shouldn’t come as a surprise as we enter a holiday period which will be defined by frugality, the likelihood of further lockdown restrictions across the planet and ever-increasing OTT consumption.

For both Roku and Amazon, the new devices come with OS updates and improved UIs, though the most noteworthy comes from Roku which has added support for Apple AirPlay 2 and Apple HomeKit. 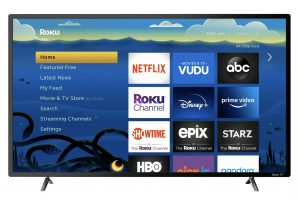 Roku OS 9.4 adds support for Apple AirPlay 2 – meaning that previously unsupported streamers like HBO Max can be watched on the big screen

This feature update has garnered the most attention due to the fact that users will now be able to watch previously unsupported services – like WarnerMedia’s HBO Max – on their big screens via Roku streaming sticks.

The Warner-Roku dispute has been at something of an impasse since the streamer’s launch in May. Roku CEO Anthony Wood has spoken about a desire to “establish a win-win relationship” between it and operators, while Warner has been vocal in its opposition to how its flagship streamer is being treated by Roku and Amazon.

But now that millions of devices will have the ability to cast HBO Max to their devices, Warner may become even less likely to want to do what it considers an unfavourable deal with Roku, and other platform holders may follow this example if they don’t want to give up any amount of revenue to a third-party.

While AirPlay is a big addition for Roku, Amazon’s latest range is less focused on technical innovation than accessibility. The US$39.99 Fire TV Stick was already an affordable option, but the launch of the Fire TV Stick Lite at US$10 less makes getting into streaming more readily available for users than ever before.

The US$29.99 device lacks a lot of the modcons such as UHD, Dolby Atmos support and the ability to control an AV setup, but it promises speed to match the more expensive units and should provide a compelling option for streaming newcomers. 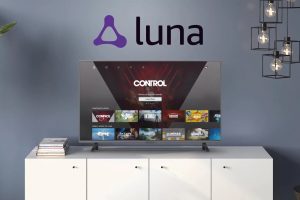 All new Amazon devices will also support Luna, the newly launched game streaming service from the company. Turning Fire TV into an affordable makeshift games console may prove a compelling option for users who are facing costs of up to US$499.99 for the latest generation of games consoles from Microsoft and Sony.

Roku too runs the gamut of affordability from the US$29.99 Roku Express to the newly redesigned US$99.99 Roku Ultra and the Roku Streambar which, while being clearly inferior to the kinds of soundbars produced by Sonos, should still be an upgrade to most in-built TV speakers and adds the full Roku OS for US$129.99.

It is worth noting though that Roku has shown little interest in launching its own game streaming service or integrating the likes of Microsoft xCloud and Nvidia GeForce Now. This is a decision which may come back to haunt the company as interest in cloud streaming skyrockets while 5G continues to gain traction.

Google TV back from the dead… kind of

When Google announced its latest Chromecast device there was little surprise.

The product, which was codenamed Sabrina, was one of the year’s worst-kept tech secrets. The device appeared on digital storefronts weeks ahead of its official unveiling and some outlets even were able to purchase and review the device before it was even revealed by Google.

What was eventually announced was a US$49.99 Chromecast device which serves as the product’s first significant upgrade in almost a decade and turns the product from a simple casting stick into a fully-fledged streaming device (it even has a remote controller).

But more intriguing for many in the industry is what the device is called – Chromecast with Google TV.

The Google TV branding is not new, far from it. Google TV was the Alphabet-owned tech giant’s first attempt at creating a TV operating system back with a history stretching back to 2011. The platform was generally considered a failed experiment, with the Google Play store never really taking off for movie and TV show rentals and purchases. 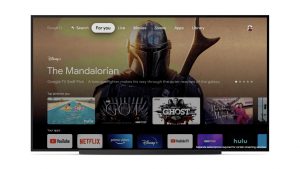 Google TV was then redesigned and repackaged into what we now know as Android TV in 2014 – a more developer-oriented platform designed to be integrated with digital media players, set-top boxes, soundbars, and TVs. Much like the Android mobile OS, Google’s branding has largely been absent from Android TV devices, save for the more recent integration of the voice activated Google Assistant.

The new Google TV is not a new operating system so much as it is the company plastering its own branding on top of the Android TV OS.

For all intents and purposes, Google TV has all the same features as Android TV, with a focus on home screen watchlist curation (i.e. content from apps like HBO Max, Hulu and Amazon Prime Video will be shown on and launchable from the home screen rather than having to go into individual apps) and enhanced positioning of Live content.

This is Google’s way of shining a greater light on its cord-cutting OTT service YouTube TV which currently is only available in the US. Google said that other live TV providers will have equal access to this new live tab via the same API, but the clear focus is on YouTube TV – as evidenced by the new promotional offer where Google will give users the device for free in exchange for signing up to one month of the service.

Still, this overt integration with YouTube TV should, in the US, make it the default device for subscribers to the service and shows that Google is, like Roku and Amazon, increasingly focused on its services business.

Also as a marketing tool Google TV creates a distinction between Android TV devices and Google’s own-brand of streamer, even if the software being run is largely the same. 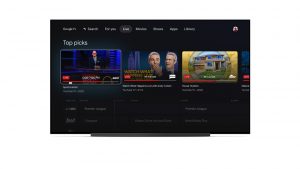 Curiously, Google’s flagship game streaming service Google Stadia is not available on Chromecast with Google TV at launch – though people have been able to load the Android app onto the device with mixed results. Google promises Stadia support on the new Chromecast in H1 2020.

This latest generation of streaming device launches provide users with a range of affordable devices to choose from and, more importantly for the platform owners themselves, an easy way to get into the ecosystem of services.

Amazon, for example, will not mind making limited profits from a technically robust entry level product if it means that users are signing up to streaming services via its Prime Channels and generating revenue for it by watching ad-supported streamers like Pluto TV and Tubi. Device makers will easily make back any loss on selling the device by taking a cut of subscriptions and ad revenue through the lifespan of the product’s ownership

The new devices provide a shiny new object for consumers to get excited about, but for the manufacturers themselves the future lies in the software rather than the hardware.