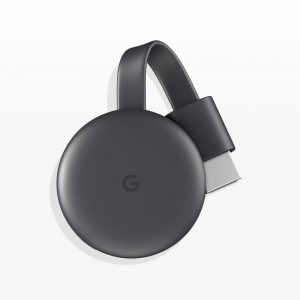 More information has leaked out about Google’s upcoming Android TV streaming device, with the latest reports suggesting that the product could cost as low as US$50.

According to a shop listing spotted by 9to5Google, the product – currently dubbed Sabrina – has an RRP of US$49.99, putting it on a par with devices like Amazon’s Fire Stick or higher-end Roku sticks.

The listing also suggests that Sabrina is not a replacement for the remoteless Chromecasts, and that it will instead sit alongside the older products in the middle of Google’s TV device portfolio.

However, further down the spec sheet makes for some curious reading, with the device only being shown as having a 480p resolution – though this is likely just placeholder text.  The listing also had the image shown above.

The leak comes days after an FCC filing emerged with Sabrina appearing with a rumoured summer launch, though a design was first leaked in June.

To date, Google’s Android TV strategy has been more oriented around getting on smart TVs rather than streaming sticks. Though there are a number of Android TV devices from the likes of Nvidia and Xiaomi, there is no de facto competitor to the likes of the Apple TV or the cheaper Amazon Fire Stick.

It is likely that we will find out soon enough, with other reports suggesting that the Sabrina device was originally scheduled to be released alongside the Pixel 5 and Pixel 4a 5G smartphones, though they have been pushed back to autumn.