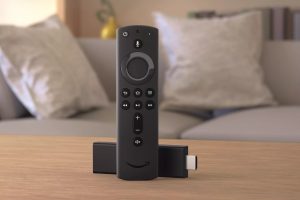 Amazon has launched a new cut-price Fire Stick and visual overhaul for the Fire TV UX.

The company said that it will look to build on its 100 million devices sold globally with a next-generation Fire TV Stick and a cheaper Fire TV Stick Lite.

Meanwhile, Fire TV Stick Lite costs a full US$10 less and is designed as an affordable way to begin streaming in full HD. The main difference between the two is the remote – the Lite does not have volume and mute controls and cannot control A/V receivers – and Dolby Atmos support. Asides from that, both devices offer voice search and commands through Alexa, and promise to be equally fast at opening apps.

Amazon has also delivered a much-needed redesign of its somewhat clunky Fire TV UX with a focus on personalisation.

The company said that it will give users a “more intuitive, simple, and customized experience,” that provides easier discoverability of apps and services. The UX will also provide better compatibility with Alexa, recognising the voice of the user and greater navigability.

Amazon said that exact features will vary by country, but that the redesign will be available in Australia, Brazil, Canada, France, Germany, India, Italy, Japan, Mexico, Spain, the UK and the US later this year.

Similarly, the new hardware will launch in Canada, France, Germany, India, Italy, Japan, Spain, the US and the UK later this year, with Fire TV Stick Lite also launching in Australia, Brazil and Mexico – the first Fire TV devices for the market.

Marc Whitten, VP, Amazon Entertainment Devices and Services, said: “We are passionate about inventing on behalf of our customers to make it even easier to enjoy the best in entertainment. With a redesigned Fire TV experience tailored to each user, it’s even simpler to stream your favorite shows with our more powerful, next-generation Fire TV Stick and our even more affordable Fire TV Stick Lite.”