Nordic Entertainment Group (NENT Group) saw its Viaplay streaming service’s subscriber base jump by 25% year-on-year in the quarter to March, taking its total to 3.147 million. 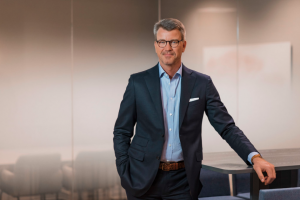 Viaplay added 127,000 subs in the first quarter, helping it along the way to its goal of adding at least 650,000 paying subs this year. That expected growth includes 400,000 in the core Nordic territories, with more customers being added from international expansion outside of the home region.

Total streamed minutes on Viaplay were up 16% YoY year-on-year reflected the continued and increasing popularity of our originals and unique live sports offering in particular, according to the company.

The company posted 16% growth in organic sales to SEK2.982 million, although reported revenues were down due to the contribution last year of SEK723 million from the subsequently deconsolidated Viasat Consumer Business, now relaunched in combination with Telenor’s former Canal Digital as Allente.

Viaplay revenue were up 17% on an organic basis and now account for 34% of overall sales.

Other subscription revenues, representing 35% of revenues, were up 21% year-on-year excusing the contribution from the Viasat Consumer business. The performance reflected NENT’s share of growth in revenues from Allente, the combined offering comprising Viasat Consumer and the former Telenor-owned Canal Digital.

NENT Group also saw a turnaround in advertising revenues, with the latter up 6%. Advertising accounts for 29% of the company’s sales.

Studio revenues, representing 3% of the total, were up 66% as productions restarted.

President and CEO Anders Jensen said that NENT Group would announce the next phase of its international expansion of Viaplay later this year, with its launch in five new markets.

The service has recently launched in the Baltic states, with Poland, where it recently acquired UEFA Europa League and Conference League football, to follow.

“We are on track with our growth and expansion plans. We are streamlining the business and investing in the growth of Viaplay. We have a proven and scalable platform that is constantly learning, and we are totally focused on delivering the best possible customer experience. And we are seeking to do all of this in a sustainable way that takes care of our many and varied stakeholders, as well as the societies and environment in which we operate. Our aim is to be the European streaming champion, and one of the most inclusive and diverse entertainment companies in the world,” said Jensen.

Earlier this week, analysts at Berenberg said that NENT Group stands out as “our top pick in the space and we see the stock as the best option for investors aiming to gain exposure to SVOD in Europe”

Berenberg said that NENT Group-owned Viaplay has built a successful model based on “Nordic original content and its quality portfolio of sports rights to be a key differentiator that allows Viaplay to provide a credible alternative to the US platforms”.