‘Apple One’ services bundle could launch this week 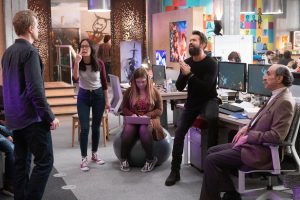 Apple could launch a bundle of its consumer services ‘within days’, claims a new report.

The company will run a digital event from its Cupertino campus on September 15, where it is expected to unveil its latest range of iPhones along with revealing further details of its ongoing shift towards being a services-first vendor.

Apple has been widely expected to launch a bundle of its services – including SVOD Apple TV+, music streamer Apple Music and games subscription Apple Arcade – at some stage, but a new report from 9To5Google claims that it will pull the trigger during this week’s event.

Dubbed Apple One (a name which the outlet found by scraping the code of Apple Music’s latest beta build), the subscription will likely come in multiple forms, as per a previous report from Bloomberg. That report said that there will be a base bundle for Apple TV+ and Apple Music, with premium tiers to also include Apple Arcade, Apple News+ and expanded iCloud storage.

Pricing is unclear, though Apple will likely offer a steep discount on the current cost of £30 per month if all services are purchased separately.

Apple has previously flirted with a bundle offering, previously packaging its TV product in with its Apple Music student plan, but the company had been forthright in saying that it would not become a trend.

Apple TV+ will almost certainly be a very visible part of the iPhone presentation, if only to showcase the 5G connectivity and OLED displays of the new devices.

The company has not provided specific subscriber numbers to the wholly original content-focused Apple TV+, though previous reports have suggested that Apple will extend its one year free trial offer over fears that consumers won’t convert.

Despite critical success of its shows and movies including Defending Jacob, Mythic Quest: Raven’s Banquet, and the Tom Hanks vehicle Greyhound, Apple TV+’s first year has largely flown under the radar by comparison to other SVODs like Disney+ and HBO Max. Consumer confusion over the streamer’s model (i.e. quality over quantity) has also damaged the service which flies counter to the Netflix approach of focusing on watch time.

In an attempt to make the SVOD a more consumer-friendly proposition, Apple has also partnered with ViacomCBS to launch a US-only cut-price bundle of Showtime and CBS All Access for US$9.99 per month exclusively for Apple TV+ subscribers.