Apple could extend free trial for Apple TV+ beyond one year 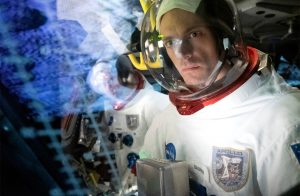 Apple TV+ original For All Mankind

Ahead of its November 2019 launch, the company announced that new device purchasers would be entitled to a year’s free subscription to the service which runs at £4.99 per month, but fears that a significant number of subscribers will drop off has led the company to consider extending this offer.

According to sources cited by Bloomberg, “the company is considering keeping a free access offer to lure new subscribers but with a reduced period of time.”

The revelation comes a week after Apple officially announced its first bundle for the service in a deal with ViacomCBS which will allow Apple TV+ subscribers to also sign up for Showtime and CBS All Access for a heavily discounted price of US$9.99 per month.

Apple is also said to be preparing a bundle of its own services such as Apple Music and Apple Arcade, with Apple TV+ being central to that strategy.

The Bloomberg article also claims that Apple is planning on adding augmented reality (AR) content to Apple TV+ in an attempt to attract and retain subscribers, along with driving interest in the AR technology that is increasingly becoming central to its mobile devices.

The outlet said that elements of shows such as characters or objects would be shown on a viewer’s phone or table and then integrated into the surrounding environment. An example given is of a virtual lunar rover appearing on the device’s display and then projected into a viewer’s living room while watching sci-fi series For All Mankind.

Apple is expected to debut this feature next year ahead of the release of a long-anticipated Apple headset in 2022 that will integrate both augmented and virtual reality.