Virtual reality is the fastest growing segment of the UK’s entertainment and media sector and will be worth more than £1.2 billion by 2022, according to PwC predictions. 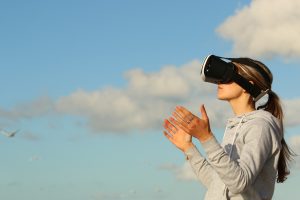 Cumulative sales of VR headsets are also tipped to exceed 7.8 million in the UK by 2022.

“Growth will be driven by a second wave of hardware that is easier to use, better supported and ultimately priced for the masses entering the market over the forecast period,” said Mark Maitland, UK head of entertainment and media at PwC.

“The UK’s VR industry will generate more revenue than any other country in Western Europe over this time.”

Elsewhere, PwC predicted that UK consumers will remain the biggest spenders on over-the-top video streaming services like Netflix and Amazon Prime compared to any other country in Europe, reaching £1.9 billion by 2022.

“Data consumption in the UK will grow by 22% year-on-year till 2022 and we expect the UK’s internet access revenue to overtake France in 2021 to become the biggest market in Western Europe,” said Maitland.

eSports is forecast for double-digit growth of 21% CAGR over the next four years with total revenue growing from £24 million in 2018 to £48 million in 2022.

Total video games revenue is expected to overtake total spend on books in 2020, with games spend climbing to £5.5 billion compared to book spend of £4.9 billion.

Digital music streaming revenue is forecast to almost double from £779 million in 2018 to £1.4 billion by 2022, and is expected to overtake spend on tickets for live music events in 2021.

Overall, PwC expects the UK’s entertainment and media to be worth £76 billion by 2022, up from £68 billion this year, making the UK the second largest market in Europe, the Middle East and Africa after Germany.

“We see the UK’s entertainment and media sectors making a strong contribution to economic growth over the next four years,” said Maitland.

“The main drivers of growth will be the technology and digital companies, which are redefining the competitive playing field to the point where the borders that once separated media, technology and telecoms are dissolving to create a third revolution of convergence.”

“What makes this different from earlier waves is the role of the ever-expanding group of super-competitors at the same time as strengthening of specialised niche brands striving to engage and earn the spend of demanding consumers.”