Comcast plans to launch its own Netflix-type subscription video-on-demand service, offering shows from NBCUniversal, within the next 12-18 months, according to a report by Bloomberg.

The service will include programmes from the NBC network and, possibly shows from pay TV networks SyFy, Bravo and USA, reported Bloomberg, citing unnamed sources.

According to the report, Comcast has yet to determine whether to include a live feed of its broadcast network in the OTT TV service, and has yet to take a decision on whether it will include sports content.

Bloomberg reports that Comcast has already struck deals with cable network providers to offer their channels across the US. 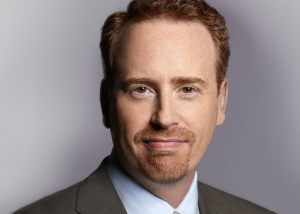 NBC Entertainment chairman Bob Greenblatt said publicly in August last year that the US broadcaster was planning to unveil a plan to launch a NBCUniversal-branded SVOD service in “the next couple of months”, highlighting the fact that NBCUniversal was “in a unique position” to launch such a service because of its relationship with Comcast Cable.

Comcast may however face some restrictions on what it can offer on the service, or on the timing of the launch under the conditions imposed on it when it acquired NBCUniversal, which prevent it from selling services exclusively populated by its own content. The last of the restrictions placed on it to greenlight the acquisition are due to expire in September next year.

NBCUniversal’s launch of an OTT TV service would place it on an equal footing with rival CBS, has CBC All Access, an SVOD service that offers original content and content previously aired on the network, as well as a live feed, since 2014. CBS also provides the Showtime SVOD offering, launched two years ago, while Time Warner launched SVOD offering HBO Now two years ago.

NBCUniversal already offers a comedy streaming service, Seeso, which it launched in 2015 offering episodes and clips from shows such as Saturday Night Live, the UK and US versions The Office and Monty Python’s Flying Circus, as well as some original series.

Internationally, NBCUniversal offers hayu, a female-focused SVOD offering featuring episodes of reality shows such as Keeping Up with The Kardashians, Made in Chelsea, The Real Housewives and The Millionaire Matchmaker, details of which were first reported by DTVE.