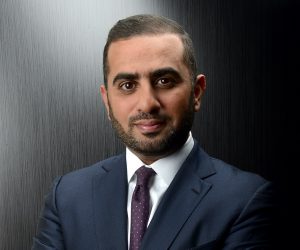 While the ongoing Qatar-Saudi Arabia dispute is about far more than TV rights, the latest development between the pair of sparring Gulf nations has seen beIN Sports being permanently banned from the Kingdom of Saudi Arabia.

In a statement, the Kingdom’s General Authority for Competition (GAC) said that beIN Sports, the exclusive rights holder to the Premier League in the MENA region, has had its broadcast licence cancelled and has been fined 10 million Saudi riyals (€2.3 million).

The body added that the broadcaster has “abused its dominant position through several monopolistic practices.”

In reality this is more of a dramatic gesture than anything else, with the Qatar-based beIN having already been banned from Saudi Arabia – albeit temporarily – since 2017. The broadcaster has also been on the receiving end of a years-long piracy campaign from Saudi Arabia in the shape of beoutQ which was ruled as being controlled by the Kingdom by a May report from the World Trade Organisation.

As its name would suggest, beoutQ has specifically targeted the rights held by beIN, going so far as to literally steal its broadcast feeds and slap a beoutQ logo on top.

This piracy campaign is no new phenomenon, but has been thrust into the spotlight recently by the planned takeover of English football club Newcastle United by the Public Investment Fund (PIF) of Saudi Arabia – chaired by Saudi crown prince Mohammed Bin Salman.

As such, beIN Media Group CEO Yousef al-Obaidly has been highly critical of the acquisition, recently writing to the Premier League clubs’ chairmen that: “The potential acquirer of Newcastle United [has] caused huge damage to your club’s and the Premier League’s commercial revenues. The legacy of the illegal service will continue to impact you going forward. When the Premier League season recommences in the coming months, all of the league’s broadcasters’ content will continue to be readily and illegally available via the IPTV streaming functionality on the beoutQ set-top-boxes which were sold in significant quantities in Saudi Arabia and the broader MENA region.” 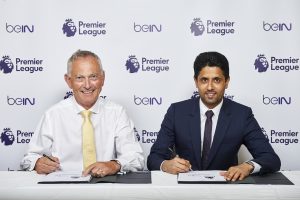 Despite having deep pockets, beIN has seen a major hit to its bottom line as a result of beoutQ.

According to an insight piece from Ismail Patel, senior analyst, TV and consumer technology at Omdia, “[beIN] was forced to drop some rights, cut back on its workforce, and start providing some content for free.”

Last October, al-Obaidly directly addressed the issue of piracy and argued that the “media rights bubble is about to burst for sports”, with the industry “sleep-walking towards a financial cliff”.

He said: “Seemingly, everyone in this industry is asleep at the wheel and refuses to confront the piracy elephant that’s been in the room for years. We now live in a world where exclusive broadcast rights are, effectively, wholly non-exclusive. Think about that: non-exclusive. Consumers, young and old, are accessing everything for nothing – via a Kodi or a VPN or beoutQ – wherever they are, whenever they like, and this behaviour is being normalised.”

Omdia’s Patel says that all of this has taken a toll on the MENA region as a whole, not just for beIN. “MENA’s pay-DTH broadcaster OSN has suffered from beoutQ piracy as well and is now seemingly making plans for a transition to an OTT-only model,” he writes.

“As a result, the Arab MENA pay-DTH industry has suffered, with regional revenue collapsing by a quarter over three years, from a high of US$478 million in 2017 to a projected US$355 million for 2020, according to Omdia forecasts.”

The researcher also notes that the Newcastle takeover was initially mooted in mid-2019 and that “Omdia intelligence shows that new beoutQ pirated boxes, designed to weaken beIN as a regional broadcaster, had stopped being ‘shipped’ in the autumn of 2019.”

The letter of the Premier League’s law states that any potential club owner or director must pass a test which can be failed if a crime has been committed domestically or internationally, and that false, misleading or inaccurate information cannot be included. 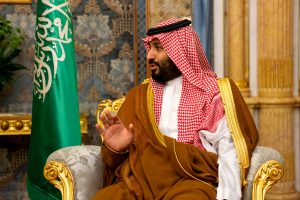 But while it appears evident that Saudi Arabia would fail such a test, it is believed that the UK government is in favour of the takeover and that it had come to a diplomatic compromise to at least resolve the broadcasting conflicts between the nations.

Give the takeover the greenlight and, Patel says, “the ‘kill switch’ to all beoutQ boxes in circulation will almost certainly be enacted.” This then is a move that would be financially beneficial to the League and the broadcasters who are haemorrhaging revenue as a result of the pirate operation.

But approving the deal would also give the impression that Saudi Arabia – which also has one of the worst human rights records in the world – was able to effectively bully its way into the league and, Patel says, would lead to “an almost guaranteed fragmentation of sports rights across MENA, with a now weakened beIN in a battle against a financially capable (but yet unknown) Saudi-friendly entity bidding for the same sports rights on a regional and/or country-by-country basis.”

By contrast, blocking the takeover “might be a symbolic win for Qatar and the question of human rights may have been assuaged,” Patel notes, but the downside is that an embarrassed Saudi Arabia would likely continue – and perhaps accelerate – its ongoing piracy.

The researcher surmises that in making a call on the takeover of Newcastle, “the EPL is between Scylla and Charybdis.”

Is state-sponsored piracy the future?

Saudi Arabia has carried out a sophisticated and lengthy piracy campaign which has utilised its considerable wealth and resources to attack its neighbour. 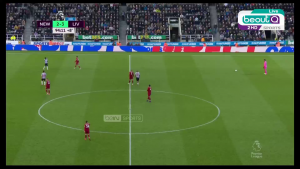 From the Kingdom’s perspective, there is arguably little downside. Of course there is disapproval from the international broadcasting industry, but there is enough money to still attract big names from across the world. Italy’s Serie A was tempted to stage the Supercoppa Italiana in Saudi Arabia (a decision which enraged beIN and contributed to a recent blackout from the broadcaster), and Spain’s La Liga staged the first of three Supercopa de España finals in Saudia Arabia in January, while the WWE is in the midst of a decade-long multibillion dollar deal to stage a number of broadcasted events in Riyadh.

As evidenced in the Newcastle case, beoutQ acts as both the carrot and stick: jump into bed with us and we’ll make the piracy problem go away; refuse and piracy will continue.

Does this give an incentive to other countries with little regulatory oversight to follow suit and use piracy for their own ends? Speaking on the latest episode of Digital TV Europe’s TV Watch podcast, Kieron Sharp, CEO of the Federation Against Copyright Theft (FACT), said that he does not think that state-sponsored piracy will become a new weapon for nations.

“I don’t actually see it becoming a problem in the coming years, I’m a little bit surprised at those events,” the CEO, who spent over 30 years with the police, said. “What we’ve seen all along is some organised crime groups very much involved in many countries with piracy and stealing content right across the IP industries… but we see people forming into groups that are organised and committing crime.

“I see [piracy] purely as criminals making money and not as something that’s going to become a state issue going forward.”

But while this issue of state-sponsored piracy might end up being a one-off, all eyes are on the takeover of Newcastle and the industry will be following it closely in light of Saudi Arabia’s behaviour.

Omdia’s Patel concludes: “The outcome of the proposed Saudi acquisition of Newcastle United will answer important corporate, commercial, and copyright questions that will impact the future of sports rights block buying, global piracy and TV competition dynamics for the next decade.”