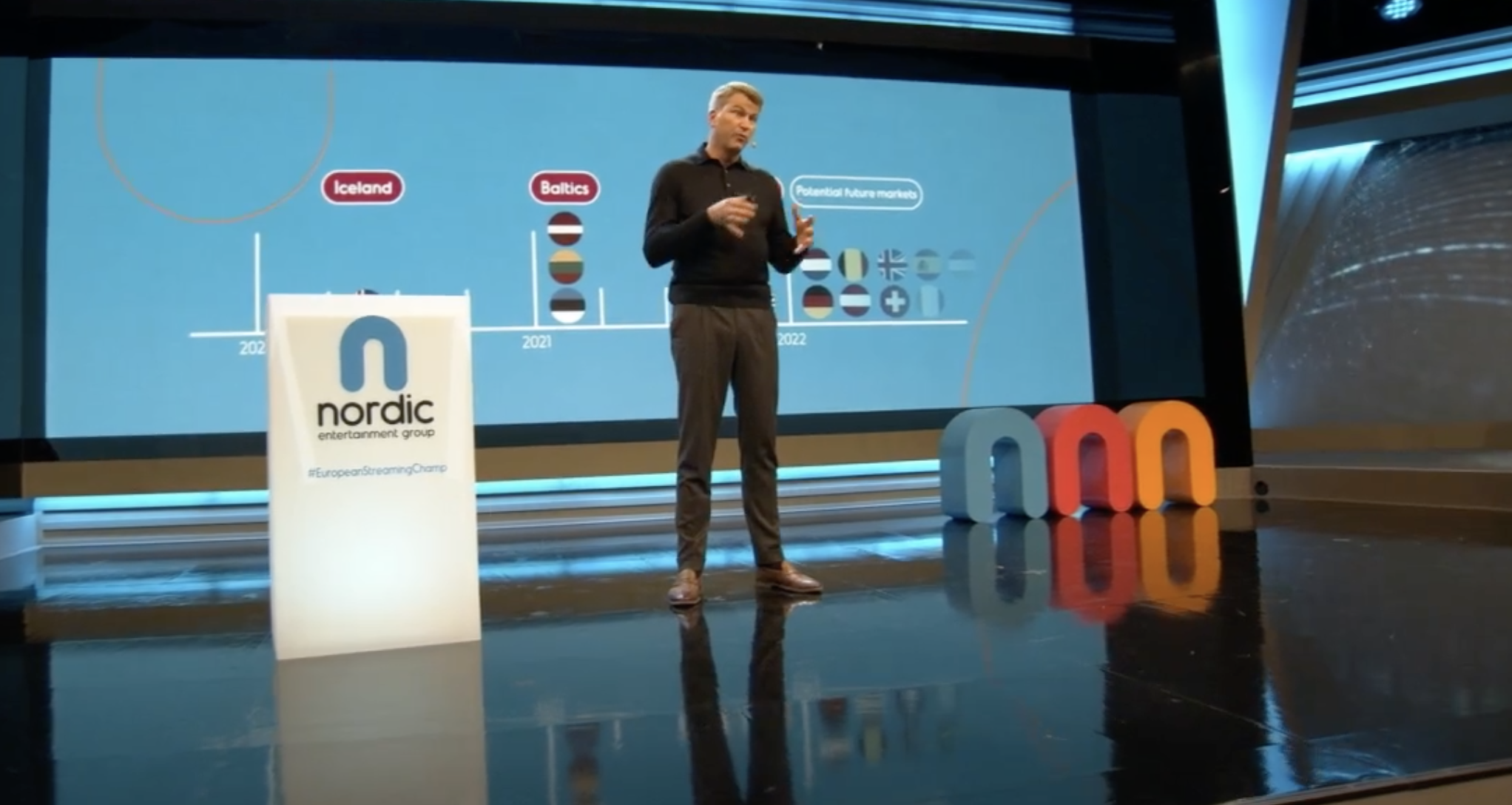 Anders Jensen, CEO of Nordic Entertainment Group (NENT Group), said that the company is in a ‘strong leadership position’ in regards to its streaming service Viaplay.

The CEO was speaking at a live-streamed capital market’s day event shortly after the company revealed that Viaplay will rollout in a further 10 international markets by 2023, including Estonia, Latvia, Lithuania, Poland and the US in 2021.

The company is considering where to go next, and will announce a further five countries next year. Jensen highlighted the DACH region along with the UK and Spain as being of particular interest, but noted that discussions are still being had internally.

Jensen described Viaplay as “a ‘must-have’ service” because “is big enough for a lot of people to talk about it.” This is backed up by the figures, with the streamer having a market penetration of 60% in the Nordic region.

However, in spite of its international expansion plans, Jensen was quick to say that “there is still significant growth in the Nordics,” and that the company will not rest on its laurels as a leader in the region. The company aims to increase its market penetration to 80% of the Nordic market by the end of 2025.

Jensen said that NENT does not fear oversaturation, with the company expecting the average household to subscribe to 3 SVOD services by 2025. The CEO added that “I think we will see proliferation of services before we see consolidation” and that “3-4 services per household is a reasonable expectation.” He said that NENT has “a strong leadership position to capture this growth.” 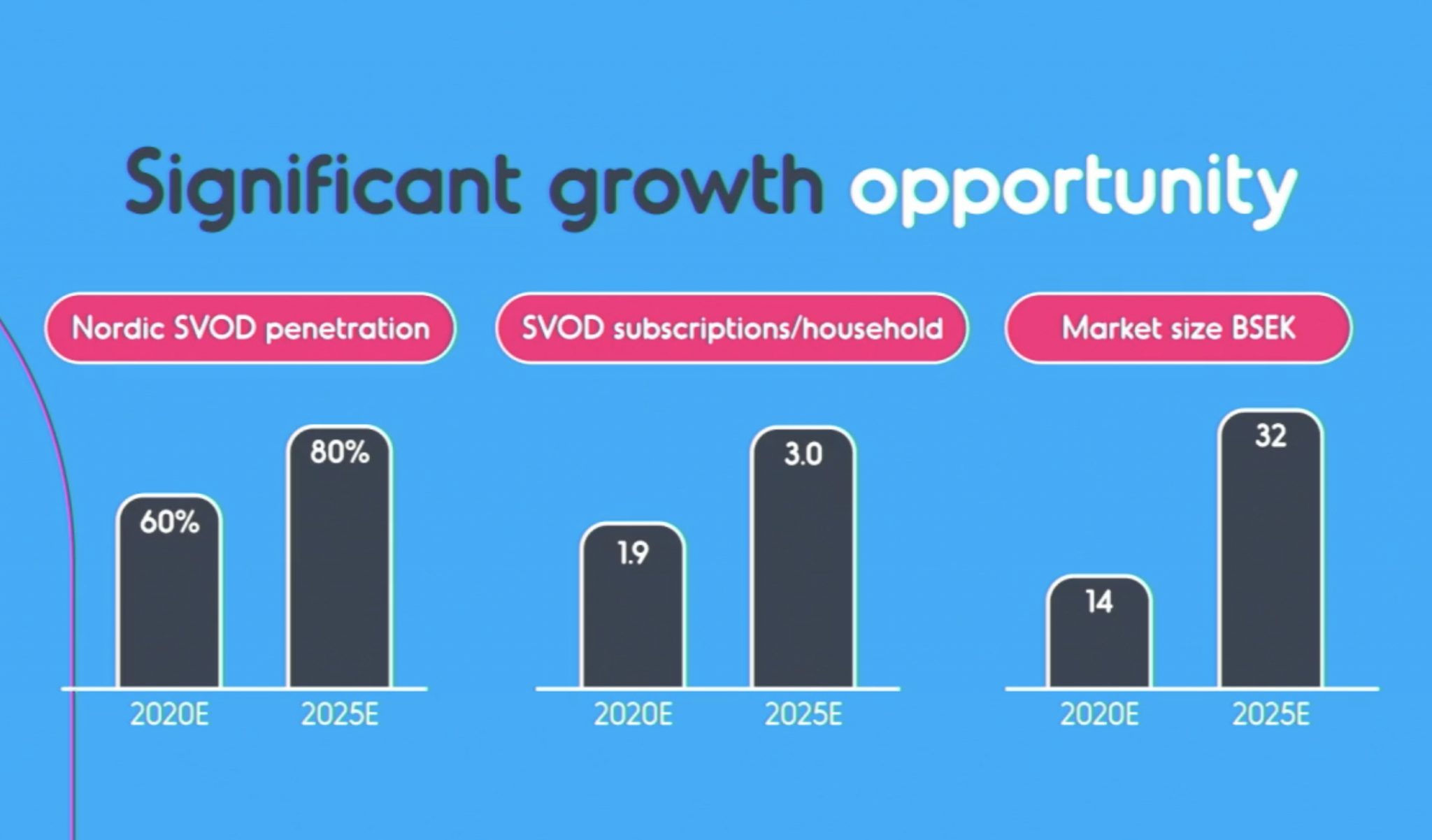 Part of the reason for Viaplay’s success to date, Jensen said, is a combination of tech – “we have a world class tech platform built on peanuts compared to many of our global competitors,” the CEO noted – and its expansive content library, including what Jensen called “probably the strongest sports portfolio in the world.”

That sports portfolio was also just expanded with the exclusive rights to show German Bundesliga and Bundesliga 2 football in Poland in a four-year deal that runs until the 2024-25 season agreed with Bundesliga International, a subsidiary of the DFL Deutsche Fußball Liga. Jensen confirmed that NENT would not be looking to sublicence these rights to domestic broadcasters.

Jensen acknowledged that many operators avoid getting into sports broadcasting as it “has a high risk of losing rights, leaving you massively exposed,” but described NENT as in a “uniquely strong position.”

The company raised a few eyebrows when, in February, it announced a mammoth six-year rights deal with the English Premier League through to 2028 for a reported £2 billion. In addition, the company will be the regional rights holder to the UEFA Champions League, NHL and Formula 1 along with numerous other local and international sports, with Jensen stressing that “all the key rights are extended to 2026 or longer.” 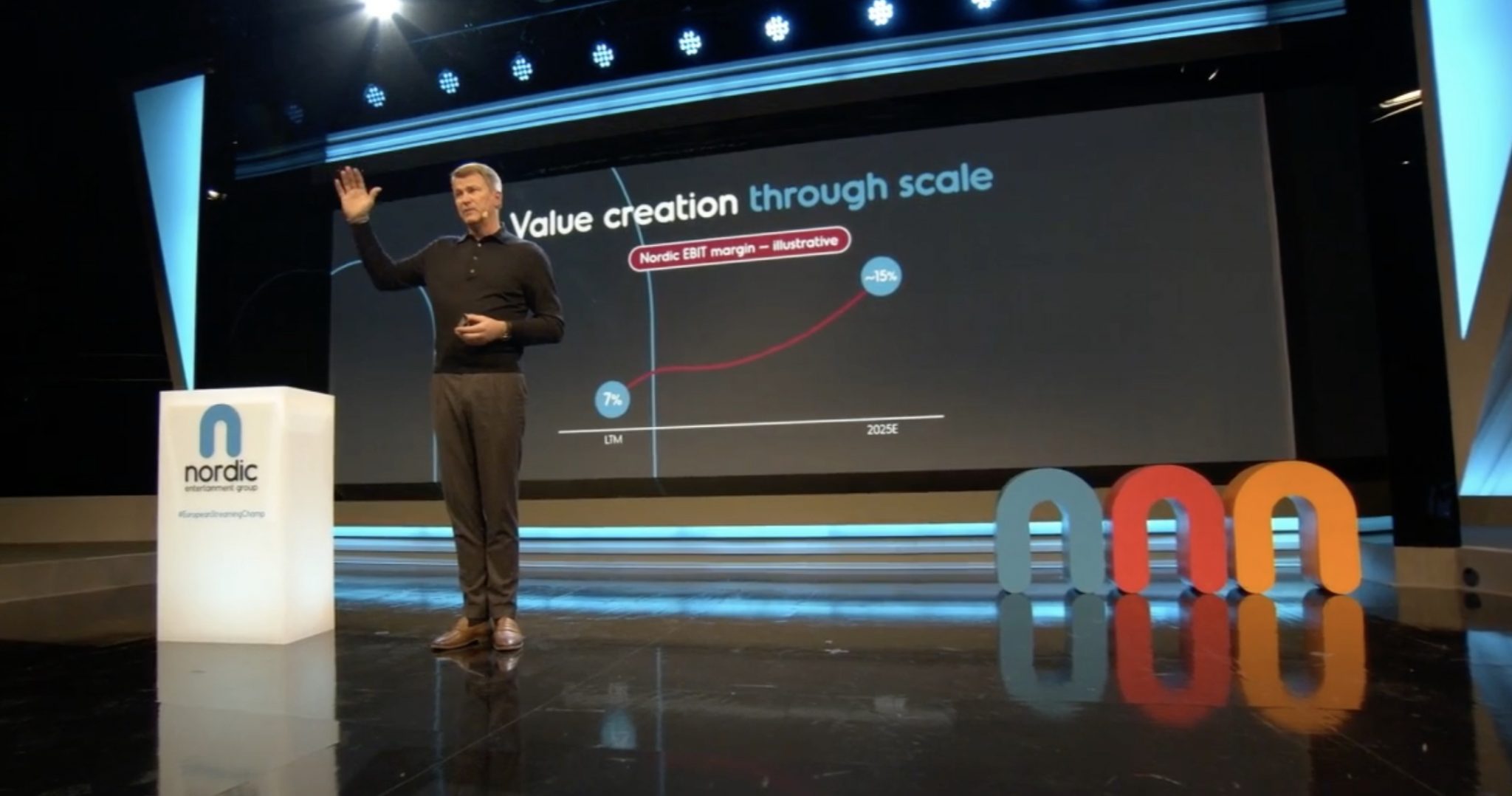 He said: “there is nothing we could possibly lose during this strategy period; nothing we have to focus on defending.”

Jensen went on to describe the lengthy rights deals as “a unique position” and said that, of the executives at other operators with which he has spoken, “nobody in the industry has heard of this before.”

Similarly, chief content officer Filippa Wallestram in a separate session spoke about how Viaplay has plans to add 30 new Nordic originals in 2021, building on an existing library of 50 series.

This ever-increasing rights portfolio will however come at a cost to subscribers, with Jensen confirming that users “should expect price increases in 2021,” and that the cost of sports “will adjust as and when new rights kick in.”

Jensen was more philosophical when discussing the nature of Viaplay’s cost structure, and said that the company will review “Is it one package fits all or should we look at different types of packages?”

Overall, the company appears to be on the right track, with a focus on expansion while also promising a sustainable business model with a target of breaking even by late-2022.

The CEO surmised: “I have no doubt that this is a value creating journey that we are on.”