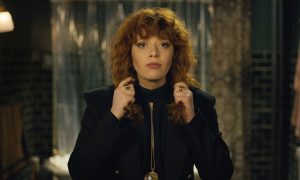 Netflix has continued its international subscription revamp with the launch of two new mobile-focused tiers in South Africa.

The cheaper of the two, dubbed Mobile, will cost subscribers R39 (€1.97) per month, with a barebones package of one simultaneous stream on smartphones and tablets up to 480p. The R59 (€2.98) Mobile+ plan will add the ability to watch on laptops, but neither will have big screen TV viewing.

The plans follow the model which Netflix first launched last year in India, though the South African subscription is slightly cheaper. (A plan equivalent to the basic Mobile offering in India costs RS199 (€2.59) per month.)

While Netflix has bumped up prices of its standard and UHD premium plans in established Western markets, it is looking to capitalise on a growing desire for SVODs in emerging markets via cut-price mobile-only plans.

In Southeast Asia in particular, the company has said that it will focus on the “very mobile-centric market” with new tiers and methods of charging for countries with low credit card penetration.

Elsewhere, Netflix co-CEO Reed Hastings was interviewed by Yahoo Finance said that in spite of an increasing focus on original content (a reported spend of US$15 billion on content creation in 2019 alone), Netflix subscribers “don’t really care” about whether they’re watching originals like The Crown or acquired content.

Hastings said “We care really about what are the options that we have for consumers, rather than how and who produces it.”

The co-CEO also commented on comparisons between Netflix and Amazon, arguing that its singular focus “on being a great entertainment company” gives it an edge.