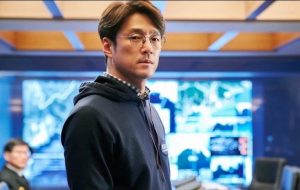 Netflix is looking to expand its local content in Southeast Asia along with enhancing its mobile-only plans in the region.

An executive for the streaming giant confirmed to Reuters that it is looking to improve upon its one million-plus subscribers in the region at a time when Disney is also seeking expansion in Southeast Asia.

Disney launched its rebranded and mobile-focused Disney+ Hotstar in India at the beginning of April and recently confirmed that it will expand the service to Indonesia on September 5. In Indonesia, Disney will partner with state-owned telco Telkomsel to launch the service with more than 300 local movies in addition to its already stacked content library.

With the Mouse House seeking to add to its 100 million global SVOD subscribers, the market leading Netflix evidently views the populated region as a key battleground and space for expansion.

Speaking to the newswire, Netflix director for product innovation Ajay Arora said that “what we see in Southeast Asia is that it’s a very mobile-centric market,” and that it would look to continue capitalising on this consumption method.

The company first launched a cut-price mobile-only offer in India last summer which costs RS199 (€2.59) per month and is restricted to a single mobile device in 480p resolution. Similar plans were subsequently launched in Malaysia, Thailand, the Philippines, and Indonesia.

Arora also said that the company will look to expand its payment options in countries with low credit card penetration, with the Philippines being an example of a country where subscribers can pay for the service via their mobile telephone plans.

The last string to Netflix’s regional expansion bow will be a ramped up focus on localised content. Last week, the streamer announced the production of two original Indonesian titles and said that it expects to start filming projects in Indonesia and Thailand in the near future.