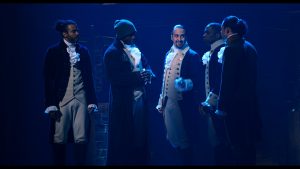 Disney has surpassed a milestone of 100 million streaming subscribers worldwide, but announced a disappointing Q3 with losses of US$5 billion.

The company’s D2C streaming segment was the lone bright spark for the company, with Disney+ having 60.5 million paying customers as of Monday – up from 54.5 million on May 4. However, the results dated June 27 put the streamer at 57.5 million subscribers, below Wall Street estimates. It’s worth noting that that date was prior to the release of Hamilton on Disney+, which CEO Bob Chapek previously stated drew “a lot of new subscribers”, and the Beyoncé visual album Black is King.

Disney also announced that the streamer will house blockbuster feature Mulan in select markets as a rental at an additional cost.

Sports streamer ESPN+ also continues to grow, with a total of 8.5 million subs.

Of the streaming business, Chapek said: “Our combined global reach now exceeds an astounding 100 million paid subscriptions. This is a significant milestone and a reaffirmation of our strategy for growth.

“The incredible success we’ve achieved to date has made us even more confident about the future of our direct-to-consumer business and our ability to be more aggressive in our approach. Going forward, this confidence, coupled with the trends we’re seeing in the multi-channel universe, will lead us to pursue even more innovative and bold initiatives as we continue to grow the business.” 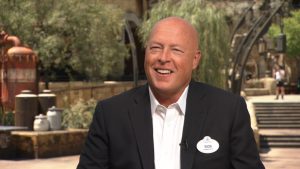 The CEO added that Disney+ had made the company into “a major force in the global direct-to-consumer space” and reiterated plans for international expansion. As previously announced the streamer will launch in the Nordics, Belgium, Luxembourg and Portugal in September, and in Latin America this November.

Disney also announced that Disney+ Hotstar – the Indian iteration of the service which combined it with the leading native streamer Hotstar it picked up as a part of the Fox acquisition – will launch in Indonesia on September 5.

Disney also announced the launch of an international streaming service dubbed Star which is thought to be the international equivalent to Hulu.

The company’s media networks also saw a solid quarter, with operating income up 48% to US $3.15 billion and revenue only down by 2% to US$6.56 billion.

CFO Christine McCarthy said: “At Broadcasting, the increase in operating income was due to lower programming and production costs, an increase in affiliate revenue, higher program sales and lower marketing costs. These increases were partially offset by lower advertising revenue.

“The decrease in programming and production costs was largely due to production shutdowns as a result of COVID-19, partially offset by a timing impact from new accounting guidance.”

Despite continued growth for its streaming business, the ongoing coronavirus pandemic has taken a toll on the company, with theme park closures from April to June leading to an operating loss of US$1.96 billion in the parks and consumer products segment. The segment revenue was at US$983 million (down 85%).

While four out of Disney’s six resorts have reopened, limited capacity has had an effect on income.

In addition to these factors, McCarthy added: “There are considerable costs that have been put in place to achieve safety and health measures and those largely are expensed in the parks.”