UK broadcast regulator Ofcom has called on the UK’s public service broadcasters to collaborate in order to compete with global giants like Netflix, describing a previous regulatory block on such efforts as a “tragedy”. 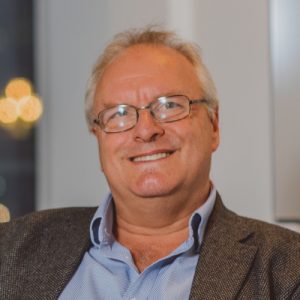 Speaking at the DTG Summit in London this morning, Ofcom group director and board member, Steve Unger, predicted that something along the lines of a ‘Kangaroo 2’ will emerge, and indicated that the regulator would be broadly supportive of such a move.

“I expect some of you in this room will remember Project Kangaroo,” said Unger. “It was a collaborative venture in the UK which ultimately was blocked on competition grounds – I think that was something of a tragedy.”

Going forward he said that such collaborations “will be necessary to build scale” as online global giants like Netflix, Amazon and Apple continue to exert their power. While public service broadcaster (PSB) collaboration will create competition concerns, Unger said there could be “creative ways of addressing those”.

“Is there going to be a ‘Kangaroo 2’? I think there has to be something along those lines,” he said. “The idea that every individual UK broadcaster will have its own, independently produced online player is just not going to happen. I think some form of collaboration around the next generation of collaborative player is really important.”

The comments come just days after the Guardian reported that the BBC, ITV, Channel 4 and NBC Universal have held talks about joining forces to create a joint British streaming service.

Speaking at the same DTG event this morning, the BBC’s chief technology and product officer, Matthew Postgate, said it is important that the UK industry comes together in an increasingly online world, citing the same concerns about the market dominance of the US SVOD giants.

Postgate did not make any explicit reference to a ‘Kangaroo 2’-style project. However, when asked why the BBC doesn’t simply open up the iPlayer to other content owners, he said: “It’s a long-discussed question and it’s always something we said we’d be happy to consider. It’s also a question of a huge degree of complexity. We have always said that that is something that we have been interested in looking at, but there’s nothing else to say about it.”

Today’s discussion comes after Ofcom CEO Sharon White said in March that the UK’s PSBs will increasingly need to collaborate in order to compete in an age of changing viewing habits and large digital rivals like Netflix and Amazon.

Speaking at Deloitte and Enders Analysis’ ‘Media and Telecoms 2018 & Beyond’ conference in London, White called on the PSBs to adapt for the digital age, to invest in new methods of distribution and to find fresh ways to reach younger people who are “turning away from traditional TV”.

Kangaroo was the working name given to a proposed joint video-on-demand platform from BBC Worldwide, ITV and Channel 4. This was initially slated to launch in 2008 but was eventually blocked a year later by the Competition Commission, which arbitrates on mergers, joint ventures and other issues relating to competition law in the UK.