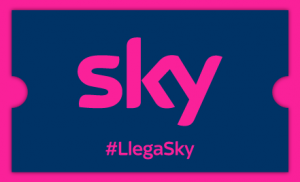 Sky has launched its planned OTT TV streaming service for the Spanish market, offering a line-up of Spanish pay TV channels, TV series and on-demand movies for €10 a month.

The service will be available via mobiles, tablets and TVs, with no requirement for an ongoing subscription.

The entertainment-focused service carries 12 of the most popular Spanish pay TV channels, combined with access to US shows including The Walking Dead, Big Bang Theory and Grey’s Anatomy and movies on-demand.

Only 14 complete series are available on-demand at launch, with episodes available from 61 in total. The movie catalogue comprises 250 titles at launch.

The Roku box is on sale for €25 and includes access to apps such as YouTube, Vevo and Sky News.

Subscribers can view content on up to three devices at any one time. The service is available via IOS and Android apps, on the web and von TV via a version of the Roku streaming box it uses for its Now TV service in the UK.

David Nuñez, director, Sky’s market development, Spain, said: “Sky’s new service offers customers a great value, no-strings relationship with their favourite shows for just €10 a month. With a simple and intuitive solution, whether it’s watching the latest entertainment live or via catch-up, having the choice of the latest TV Series or enjoying hundreds of box office smash hits, this new service offers something for everyone.”

Andrew Griffith, group chief operating officer, said: “Sky has many years’ experience bringing the best entertainment and latest technology to consumers and we are now Europe’s leading streaming platform. Our customers in Italy, UK, Ireland, Germany and Austria already enjoy the freedom of contract-free streaming and we’re thrilled to be bringing our new service to Spanish consumers.”

With this new service Sky is entering one of the most hotly contested OTT TV markets in Europe, facing competition from Netflix, Amazon, HBO and others. However, pay TV has a low penetration in the Spanish market relative to its peers.

“For Sky, the launch into Spain makes sense and represents a key stepping stone towards grander aspirations of being a pan-European provider of pay TV services. It needs more subscribers and Spain has seen an explosion in multiplay as well as online video services over the last couple of years. However, it will need to invest heavily in the long-term to raise its profile and acquire key local premium content rights,” said Paolo Pescatore, VP of multiplay and media, CCS Insight.

“The lack of sports is noticeable but unsurprising, as these rights have already been acquired by local providers. This aside, the overall bundle is competitive in light of rivals which combines both live and on demand content. This new product will provide further disruption to a competitive cut throat market. We expect Sky to forge partnerships with local telcos replicating a proven strategy seen in other markets including Germany, Italy and the UK. ”