TV Connect 2017: CEE operators yet to make full use of data analytics 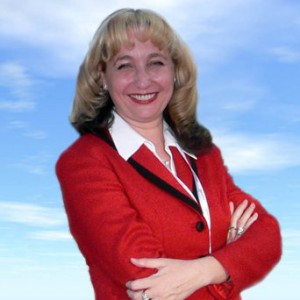 Pay TV operators in central and eastern Europe in the midst of rolling out non-linear OTT-based digital services have still to make full use of consumer data and analytics to tune their offerings to what customers want, attendees at the TV Connect event in London heard yesterday.

Taking part in a panel session on ‘The Impact of Evolving TV Distribution Models on Monetisation Opportunities’ at the show, Mila Milenkovic, head of the  autonomous department for business development, Telekom Srbija, said that her company had used data analytics when creating new offerings for customers. However, she added, the Serbian operator had exploited data only in a piecemeal fashion to date.

“We don’t use it automatically. We measure usage and behaviour in the TV area, but it could be used more,” she said.

Telekom Srbjia recently launched an SVOD service, which Milenkovic said was a “driver of our data traffic” that keeps “customers on higher tariffs happy”.

She said that Telekom Srbija wanted to be a “one stop shop” for consumers, offering local Netflix rival Pickbox as part of its content line-up. “We see this as additional content that we can provide our customers,” she said.

IPTV is now a core service for Telekom Srbija along with broadband and telephony, said Milenkovic.

Speaking on the same panel, Karina Rompa, content manager at Polish mobile operator Play, said that her company was still at the stage of “observing customer behaviour” and had not made full use of analytics. In addition to video, Play also gives its customers access to music streaming, and could in theory match data from that and other services with consumer preferences, she said.

Play has focused on delivering a live TV service for mobile users. Rompa said that Play subscribers watched more video than rival providers and had more devices. “We are mobile only and we decided to deliver linear content,” she said. Because competition in the SVOD arena is intense, with Netflix, HBO and others competing for customers, she said that the company had decided to deliver an OTT offering based on a linear package, while partnering with others for VOD.

Also speaking on the panel, Bill Wijdeveld, VP of business development at pan-regional pay TV operator M7 Group, said that “the big challenge is to have a solution where TV is offered in a personalised way” rather than as a block of channels – for example via M7’s core DTH offering. However, such a personalised service had to be data-driven, he said. M7 is currently in the process of rolling out  non-linear hybrid services across the territories in which it is active.