Comcast and ViacomCBS team up for SkyShowtime European streamer 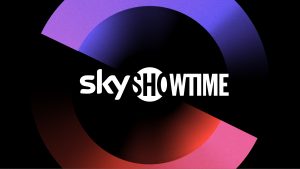 The service, to be called SkyShowtime and scheduled for launch next year, will bring together entertainment, movies and original series from the NBCUniversal, Sky and ViacomCBS portfolio of brands, including titles from Showtime, Nickelodeon, Paramount Pictures, Paramount+ Originals, Sky Studios, Universal Pictures, and Peacock.

The partnership will be structured as a joint venture, with equal investment and joint control by ViacomCBS and Comcast. Further detail on the SkyShowtime service offering, including subscription price, will be announced at a later date.

The launch, which is subject regulatory approvals, will take the Sky brand back to countries outside it core territories for the first time since the pay TV operator’s withdrawal from Spain last year, where the ill-fated Sky España service was shut down after failing to gain a significant share in a hotly contested streaming market.

SkyShowtime is likely to have much greater firepower, with a library of over 10,000 hours of content. However, it remains to be seen whether it will be able to compete effectively with the likes of Netflix, Amazon Prime and Disney+, as well as the expected launch of HBO Max.

The announcement follows building speculation that Comcast and ViacomCBS were exploring a global streaming partnership, with the former’s CEO Brian Roberts and the latter’s chairman Shari Redstone and CEO Bob Bakish reportedly meeting in New York last month to discuss a potential alliance.

It also comes just a few weeks after the news that Comcast will be expanding its US streamer Peacock into Europe for the first time as part of Sky later this year, while ViacomCBS-owned streamer Paramount+ is to roll out via Sky in the UK, Ireland, Germany, Austria, Switzerland and Italy.

As a result of the launch, ViacomCBS is to shutter the stand alone version of Paramount+ in Sweden, Norway, Denmark and Finland, less than a year after its launch in the Nordics, with plans to merge the streamer into SkyShowtime and subscribers in those countries to be moved to the new service.

Paramount+ launched in the region in March 2021, following the rebrand of the existing CBS All Access.

“With the launch of SkyShowtime we are well positioned to utilise our global content engine to create a compelling streaming offering, quickly and at scale, with a smart strategic phased investment. As a complement to our recently announced Paramount+ partnership with Sky in the UK, Italy, and Germany, SkyShowtime represents a huge opportunity to accelerate our market expansion and build a leadership position in SVOD in Europe,” said Raffaele Annecchino, president and CEO of ViacomCBS Networks International.

“Our new streaming service, SkyShowtime, will combine the best of the US and Europe with iconic brands and world-class entertainment for millions of consumers in more than 20 new markets in Europe. On the heels of Peacock coming to Sky, this partnership provides an innovative approach to quickly scale internationally and monetize content across Europe. Drawing on the strength of the incredible programming from NBCUniversal, Sky, and ViacomCBS, and powered by Peacock’s platform technology, SkyShowtime will provide a truly compelling lineup for the whole family and strong brand recognition across these regions,” said Dana Strong, group chief executive, Sky.