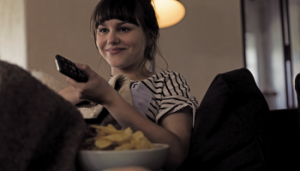 TV viewing time among people aged 16 to 24 dropped 7% year-on-year in 2015, though television still remains “by far the most popular form of video” for this age group, according to Thinkbox.

The marketing body for commercial TV in the UK said that 16-24s watched an average of 2 hours, 24 minutes a day of TV in 2015 – just 10 minutes of which was watched on devices other than the TV.

However, TV now only accounts for 57.5% of people in this age group’s total video viewing time, which averaged out at 3 hours and 25 minutes per day, according to the research.

Those aged 16-24 also watched more than twice as much broadcaster VoD, YouTube and SVoD content compared to the average UK TV viewer.

“Younger people are spending more time watching TV and other forms of video online thanks to screens like tablets and smartphones; 38% of 16-24s’ video viewing is on devices compared with 20% for all individuals,” said Thinkbox.

“Today’s young people watch on-demand forms of video more than the generations before that didn’t grow up with them. This makes sense as they do not tend to have control of the TV set and so turn to their personal screens to watch what they want.

“What is remarkable is that in the last decade, when so many new technologies and services have arrived that could have disrupted TV, TV viewing has remained so dominant.”