French VoD providers team up ahead of possible Netflix launch 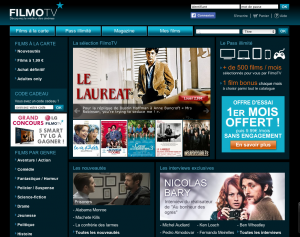 The move is the latest evidence of a burst of activity in the French digital media space – including Canal+’s creation of a dedicated OTT unit and acquisition of a majority stake in Studio Bagel – ahead of the expected launch of Netflix in the country later this year.

FilmoTV offers a catalogue of about 500 titles. The service was previously available via smart TV and as part of Numericable and Orange’s TV services. FilmoTV also launched a cloud-based version of the service in September to enable subscribers to view content directly on tablets and smartphones.

According to Netgem, about 20,000 boxes had been sold by mid-February. Videofutur expects about 50,000 sales before the end of the year and requires about 100,000 to break even.

The company has launched a marketing campaign to boost sales, hiring agencies Babel and Carat to develop a campaign featuring a “mini-saga” of three “cinematically-themed” commercials that appear as pre-roll, display, TV, press and poster ads.

“This is an industrial and commercial agreement. FilmoTV is going to be responsible for all the cinema components in the editorial planning of our subscription video offering, which will allow us to concentrate on transactional VoD and distribution,” said Mathias Hautefort, deputy CEO of Netgem Group and owner of Videofutur.

As well as FilmoTV, Videofutur will offer films for download and a catch-up TV offering.