Is the ‘streaming war’ a three-horse race? 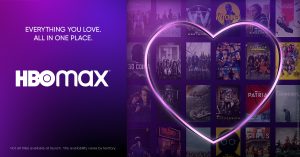 Jason Kilar is a confident man.

Less than a year ago, it was reported that the WarnerMedia CEO was negotiating his departure from the company following news of the AT&T division’s merger with Discovery – a merger which was approved by the European Commission just before Christmas.

Now however, the exec seems fully settled in at WarnerMedia with its crown jewel – HBO Max – apparently flourishing under his watch. 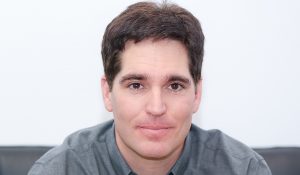 Commenting on the announcement, Kilar boldly claimed that this is “going to quickly become, for storytelling companies, a three-horse race.”

Given their 100 million-plus subscriber totals, it is fairly safe to presume that Kilar counts Warner alongside Netflix and Disney in this ‘three-horse race’ for streaming supremacy. Given the success of its properties ranging from HBO hits like Succession and Max Originals such as the ongoing Station Eleven to the high-profile Warner Bros. movies including Dune and The Matrix Resurrections, it is hard to deny HBO Max’s place at the table.

Kilar’s assessment however understates what is sure to be a competitive 2022 as streamers continue to pour millions into expansion and content production.

There is no shortage of big-budget titles from streamers to be released in 2022 which will challenge the ‘three-horse race’ description. 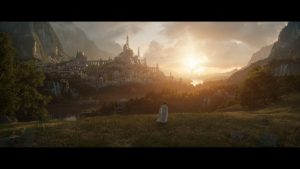 Lord of the Rings

Amazon, for example, has broken the record for the most expensive single season of television ever with its highly anticipated Lord of the Rings series to debut in September. This is after it invested heavily in a similar fantasy book adaptation – Wheel of Time – in 2021, while its critically continuation of SyFy’s The Expanse wraps up next week.

Speaking to DTVE, Omdia senior analyst Max Signorelli argues that “Amazon is still a larger global online video player than Warner, even if technically its primary focus isn’t on video.”

Another major player is ViacomCBS and its streaming service Paramount+, which will attract plenty of eyes when its adaptation of videogame series Halo makes its way onto screens in early 2022 after almost a decade of development hell. The streamer also will retain a strong audience from its seemingly never ending array of productions based in the universe of Star Trek.

Apple as well has quietly built up one of the most robust catalogues of original programming, headlined by the feel-good hit of 2021, Ted Lasso. While the focus is on new IP like the upcoming Uma Thurman-starring Suspicion, Apple TV+ is also leaning on brand recognition with its revival of Jim Henson’s Fraggle Rock.

There are others of course – too many to feature here – but this is all to say that while there may be a gap in terms of subscriber numbers (Amazon is an entirely different beast when it comes to subscriber figures due to the monolithic nature of the Prime subscription that encompasses retail, video and other benefits), Kilar’s evaluation that there will only be a handful of prominent storytelling companies in the space is decidedly misguided.

While the content on offer is a major factor in determining the success of a streaming service, it is not everything.

This has translated to it being front-and-centre of many living rooms via a variety of features like a specific Netflix button being on most major streaming device remotes, and the accessibility of the app on pretty much every platform imaginable.

While HBO Max is a relative newcomer by comparison with the streamer celebrating its second birthday in May 2022, the 70 million-plus subscribers it has achieved are built on the back of decades of goodwill via the brand’s linear channel.

HBO Max suffered some initial brand confusion when it launched due to the pre-existing HBO Now and HBO Go platforms, but the best decision that Warner made was to provide existing HBO subscribers with access to the new platform at no extra cost via their pay TV package. The full-fat ad-free version of HBO Max is one of the most expensive SVODs currently available in the US at US$14.99 per month, but this is a non-factor for consumers who are already getting the service as part of their TV subscription.

This has been reflected by a total of almost 74 million subscribers, an impressive figure considering that the streamer is in its relative infancy when it comes to expansion outside of the US. As a pure money-maker however it is impossible to tell how many subscribers are actually paying for HBO Max as opposed to a large portion of that number coming from the existing HBO linear base.

Omdia’s Signorelli notes: “The results come in above internal estimates but it’s always important to consider the different segments on HBO’s subscriber base i.e. those that are getting it as part of their pay TV package vs those that are paying to have HBO Max standalone. That said, the standalone segment is growing well worldwide.”

And global expansion is a big focus for HBO Max, which kicked off its European expansion to six countries in late 2021 with more than 20 to add in the coming year. The Omdia analyst also predicts that “there is also likely more to come from their Asia Pacific markets where HBO still mostly operates under the legacy HBO Go branding.”

Another aspect to HBO Max’s 2022 will be the impending merger between WarnerMedia and Discovery to become Warner Bros. Discovery. The EC’s approval of the deal will help to allay concerns that the Biden administration, which has pushed back against mega-mergers, will move to block the deal.

There are few details that have actually been revealed of the new brand, aside from its leadership under Discovery CEO David Zaslav and its new logo. The company will aspire to be “a new global video powerhouse,” Signorelli says, drawing a comparison to Disney’s acquisition of Fox.

While the merger is being finalised, WarnerMedia and its CEO Jason Kilar are looking forward to growing HBO Max further, but the executive would be wise not to take its current position of strength for granted at a time when rivals are investing more than ever.