Apple TV+ to launch on Sky Glass and Sky Q 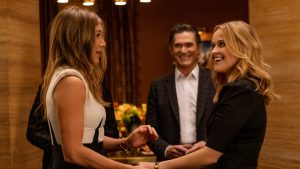 As part of a new agreement between Sky and Apple, subscribers of Sky’s Now streaming offering will also be able to sign up for and purchase any Now membership on Apple devices using Apple in-app purchase, while Sky customers in the UK will be able to access Sky Go on Apple TV devices in the first half of 2022.

Customers in the UK, Ireland, Germany, Austria and Italy will be able to watch Apple TV+ via Sky Glass and Sky Q. In line with Sky’s other streaming partnerships, Apple TV+ will be integrated into the Sky experience, the pay TV operator said.

Apple TV+ will be available on both Sky Glass and Sky Q in the coming months. Apple TV+ content will sit alongside content from the UK’s public service broadcasters and other global streaming partners such as Netflix and Disney+.

Sky customers in the UK will meanwhile be able to access Sky Go on Apple TV devices in mid-2022.

Asp part of the agreement between the pair, Now users in the UK will be able to both sign up and purchase any Now membership via the Now app on Apple devices.

Dana Strong, Group Chief Executive, Sky said:“With the addition of Apple TV+ our customers can now enjoy phenomenal shows like The Morning Show, Trying and Ted Lasso, together with our own award-winning Sky Originals, and the best content and apps from our partners, all on Sky Glass, the streaming TV from Sky, or Sky Q, our market-leading Sky box.”

Sky’s announcement is part of a wider global agreement between its parent Comcast and Apple, bringing Apple content to customers across Comcast’s global entertainment platforms, and likewise giving Xfinity TV and Sky customers the option to access their pay TV programming on Apple TV devices.