Parrot Analytics: all eyes on WandaVision in France 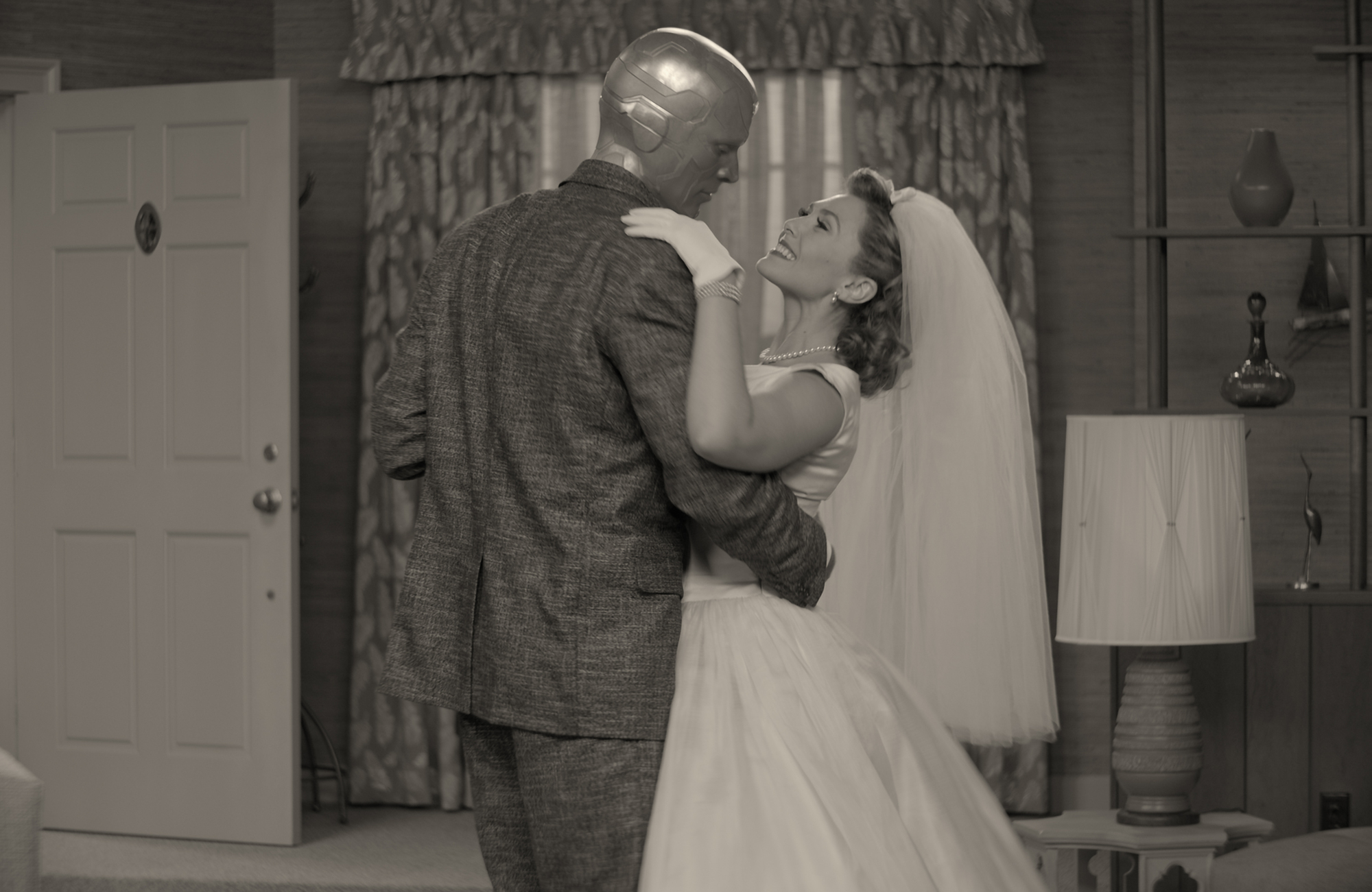 Disney+’s Marvel series WandaVision has ended its first season with a bang at the the top of Parrot Analytics originals in-demand chart in France for the week ending March 21 in France. 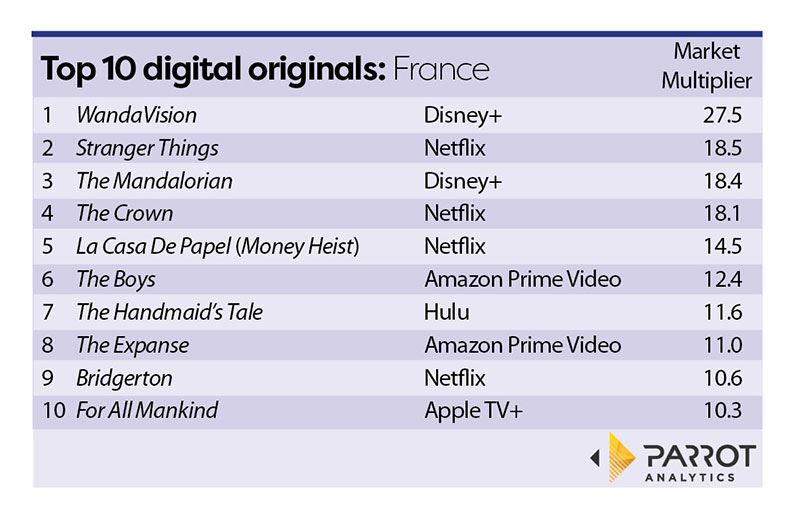 The superhero series dominated demand in France, with 27.5 times more demand than the average title, and significantly more than Netflix’s Stranger Things in second place with 18.5 times the demand of an average show.

Disney’s other flagship show, The Mandalorian, also continued to prove a stable hit for the streamer, narrowly missing second with 18.4 times the demand of an average show.

As per usual, Netflix dominates the chart, with The Crown, La Casa De Papel, and Bridgerton in fourth, fifth and ninth respectively.

Amazon’s superhero satire The Boys and sci-fi epic The Expanse chart in sixth and eighth, while Hulu’s dystopian Margaret Attwood adaptation The Handmaid’s Tale is in seventh.

Rounding out the top ten is Apple TV+’s For All Mankind, which recently returned with its eagerly awaited second season.