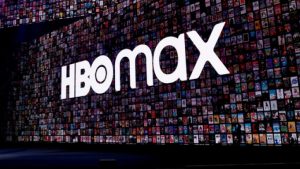 WarnerMedia streaming service HBO Max had 37.7 million US subscribers at the end of the year, with HBO customers taking the overall HBO subscriber total to 41.5 million.

HBO Max’s total compares with 28.7 million at the end of September.

Total HBO and HBO Max subscribers worldwide now number 61 million. Parent company AT&T, reporting its Q4 earnings, said that HBO Max activations had doubled since the end of the third quarter and stood at 17.2 million at the end of Q4.

AT&T CEO John Stankey said that “the release of Wonder Woman 1984 helped drive our domestic HBO Max and HBO subscribers to more than 41 million, a full two years faster than our initial forecast.”

The company adopted a hybrid release strategy for movie Wonder Woman 1984, premiering it on the streaing service on Christmas Day alongside distribution in movie theatres that remained open.

AT&T said that the growth reflected its investment in the streamer, with US$800 million being invested in Q4 and over US$2 billion being ploughed into the service across the full year.

The company said its revenues had taken a US$1.6 billion hit from lower theatrical and TV revenues as a result of the COVID-19 pandemic.

AT&T itself saw a net loss of 617,000 domestic pay TV subscribers, an improvement that the company attributed to lower churn and a higher quality base. It said that AT&T gains had helped offset a loss in the premium TV segment.