Tele2-owned Swedish cable operator Com Hem’s distribution agreement with rival Telia’s TV4 Media, which was concluded after fraught negotiations in December 2019, is set to expire on Friday without a new deal in sight, once again raising the prospect that the principal Swedish commercial broadcaster’s channels could disappear from the Com Hem line-up.

“Unfortunately we have not yet managed to agree on an extension of the agreement. If we do not reach a new agreement, it means that Com Hem’s and Boxer]s viewers can lose the TV4 channels and C More from 23:59 on 30 October,” said Com Hem.

“At Com Hem, we want our customers to have access to as good and relevant content as possible. Unfortunately, Telia has refused to extend the agreement we agreed on in December 2019 and instead requests a sharp price increase.”

If the pair fail to strike a deal, the Tele2 company warned, Com Hem and Boxers’ 2.1 million households are likely to lose the TV4 channels and those of sister pay TV outfit C More. 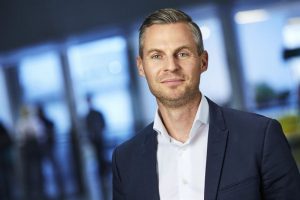 The operator said it would continue to try to find a sustainable solution but that in the event of a shutdown, it would compensate customers with other channels and benefits. All customers will then receive individual information about what it means, based on each customer’s current subscription.

Hostilities between Com Hem and TV4 erupted last year when the pair failed to strike a deal over the carriage of TV4 and pay TV sister outfit C More on the Com Hem network.

Under the conditions imposed on Telia by the EC as part of its approval of the telco’s acquisition of TV4 owner Bonnier Broadcasting, TV4 must license streaming rights to at least one distributor in each of the two markets in which it operates, Sweden and Finland.

While striking a deal that ensured continued distribution of the TV4 channels by Com hem, the pair continued to fight over access to streaming rights to TV4’s channels.

“It is sad that we again cannot agree with Telia, something that before Telia took over ownership of the channels had never happened in our and TV4’s joint history. Com Hem and Boxer have always contributed significant reach for the mainly advertising-financed TV4 channels. It is therefore surprising that Telia is now requesting a sharp price increase when we so recently agreed on a deal,” said Samuel Skott, commercial manager at Com Hem.