The dispute between Telia-owned Swedish free and pay TV broadcaster TV4 and Tele2-owned cable operator Com Hem is a very long way from being solved, according to TV4 CEO Casten Almqvist, who has blamed the cable operator’s insistence on including OTT TV rights as part of a deal for the breakdown. 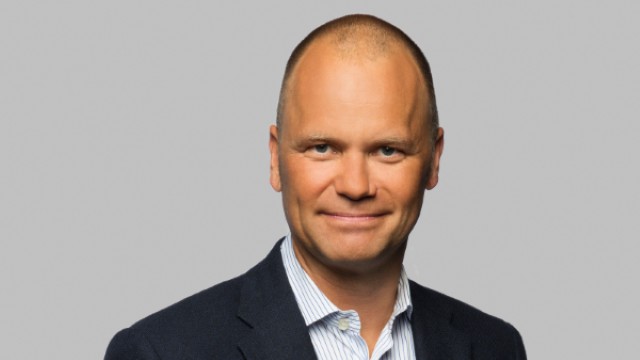 TV4 and pay TV sister outfit C More’s channels went dark earlier this week on the network of Com Hem, the largest operator in Sweden accounting for a third of the total TV distribution market, after the pair failed to strike a deal.

Talks between the pair held yesterday failed to make progress, with Almqvist saying he believed it would be “a long time” before Com Hem broadcast TV4 again.

The TV4 chief said that the Tele2-owned operator was using its market position to leapfrog other potential bidders for OTT TV rights by insisting that these be bundled in with the carriage renewal.

Under the conditions imposed on Telia by the EC as part of its approval of the telco’s acquisition of TV4 owner Bonnier Broadcasting, TV4 must license streaming rights to at least one distributor in each of the two markets in which it operates, Sweden and Finland, with negotiations for this set to take place in the first quarter of next year.

According to Almqvist, Telia has committed to negotiate with third-party distributors in a free and fair way.

Com Hem has pointed out that Telia, TV4’s owner, already has streaming rights, with Almqvist responding that Telia held some rights as a result of negotiations undertaken before its acquisition of Bonnier Broadcasting. He said TV4 wants “all players in the market to have the opportunity to negotiate OTT rights on the same terms”.

Telia’s acting CEO Christian Luiga has meanwhile said he will not get involved in the dispute, adding that Telia will not take part in detailed negotiations between TV4 media and rival operators.

He said that leaving TV4 to be responsible for discussions with come hem was “fully in line with the commitments we offered to the European Commission, and with normal corporate governance”.

Luiga said it was “irrational” to believe that he, as CEO of Telia, “would take part in detailed conversations concerning one of our subsidiary’s competitors”.

However, he also offered to meet with Kinnevik, Tele2’s largest shareholder with a 27.3% stake and 41.9% voting rights, if he could “in any way contribute” to bringing TV4 back to Com hem customers.

Telia’s acquisition of Bonnier Broadcasting remains a sensitive topic in Sweden because of the Swedish state’s investment in the telco. Luiga cited a government minister’s comment that the state was “just one of roughly 500,000 shareholders” in the company and said that the board of directors and group management was entirely responsible for Telia’s operations.