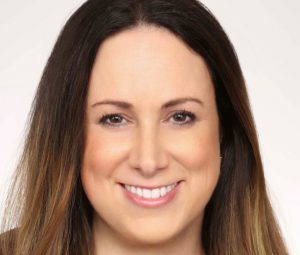 Rovner, whose appointment has been in the works for several months, takes the newly created role of chairman for entertainment content at NBCU’s recently created TV and streaming arm, reporting into the division’s chairman Mark Lazarus.

Her remit includes overseeing creative for all broadcast, cable and streaming output, including networks such as NBC, Oxygen, USA and Bravo, as well as OTT service Peacock.

She will also co-ordinate with in-house and third-party producers and studios on programming, and work closely with Frances Berwick, who now heads up NBCU’s television entertainment business.

Details of Rovner’s new team are yet to be confirmed, but NBC Entertainment co-president of scripted Lisa Katz and Tracey Pakosta, as well as original content chief Bill McGoldrick, will report into her.

Lazarus said: “Susan is the bold creative force we need as we rethink the future of our business. Throughout this process I have been consistently impressed by her strong perspective, track record of success and passion for content. Susan joins a great team that is poised to begin a new era at NBCU.”

Rovner added: “I have such enormous respect for Jeff Shell and Mark Lazarus, and their vision for the future of content at NBCU made this an extraordinary opportunity. I have long admired Frances Berwick and look forward to what I know will be a successful partnership.”

News of the appointment follows a far-reaching revamp by Lazarus. The company is now made up of “horizontally integrated” divisions, which will share resources, with job losses reportedly affecting around 3,000 positions.

Rovner’s exit from Warner Bros. – where she has been for more than two decades – will leave a hole. She had been behind shows ranging from The O.C to Gossip Girl and was widely expected to replace Warner Bros. TV Group chairman Peter Roth, whose contract runs out in 2021.