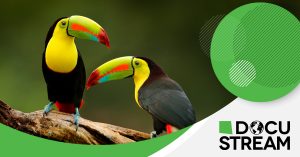 Channel provider and streamer SPI/FilmBox has struck a deal with FAST platform KlowdTV to take its new digital channel Docustream to the US market.

The free ad-supported television platform’s subscribers in the US will be able to access Docustream’s line-up of documentaries from this month on all connected devices.

Herring Networks-owned KlowdTV, previously a subscription service anchored around the conservative One America News Network, launched its ad-supported streaming service last year using Amagi as its technology partner. Surpassing a quarter of a million subs at the beginning of 2021, the company has set a target of reaching one million subscribers by the end of this year.

“We are delighted to partner with KlowdTV, who have surpassed a quarter million active users earlier in the year. The demand has been increasing exponentially for our ad-supported digital channel Docustream, which broadcasts a premium curation of documentaries and lifestyle content, and we are confident that it will enrich KlowdTV’s offering,” said Berkin Ecevit, the senior director of business development and sales at SPI International.

“We are excited to be adding Docustream and its phenomenal documentaries and programming to KlowdTV; as well as providing the Docustream audience access to additional great free programming,” said Charles Herring, president of Klowd TV.