US to exceed 275 million OTT subscriptions within five years 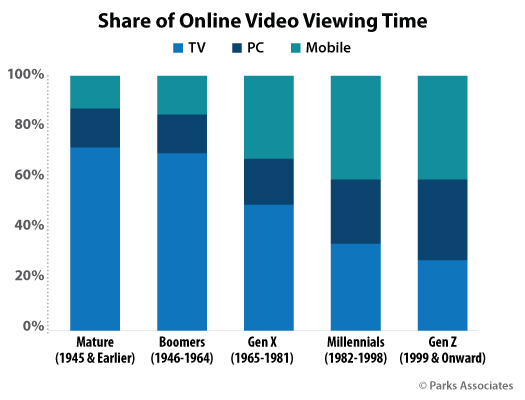 The number of OTT subscriptions in the US will grow by 20% over the next five years, a new report has found.

According to new figures from Parks Associates, the number of OTT subscriptions in the US will increase from nearly 230 million in 2021 to more than 277 million in 2026.

The report goes on to state that the US broadband households subscribe to a service for an average of two and a half years. This however is largely correlative with age, as younger consumers are more likely to subscribe to a larger number of services while churning through them.

There is also a generational divide between how Americans consume online video. Millennials and Gen Z-ers are generally fairly evenly split between watching on TV, PC and Mobile, with the latter group leaning more on PC and mobile viewing than TV. Gen X-ers, baby boomers and ‘mature’ Americans born before 1945 are far more weighted towards TV viewing.

Kristen Hanich, Senior Analyst, Parks Associates, said: “People move out of their parents’ home, go to college or get a job, establish a career, marry and have children, eventually the children move out, and then they retire. Throughout each stage, a consumer’s wants, needs, and priorities change as well. Of course, people are different and not every individual goes through every stage. These are trends that apply on a population level and are a useful way for marketers and businesses to target cohorts of individuals going through similar experiences.”