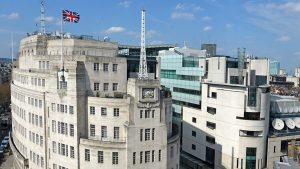 More than a quarter of a million Brits have not renewed their licence fee this year, it has been revealed.

The BBC Television Licence Trust has published its annual report, revealing that the number of licence fees sold by the end of March was down by 256,000.

The news is perhaps unsurprising given the growth and launch of a number of high profile streaming services in the past year, and the poor reception to the BBC’s decision to start charging over-75s for the licence fee.

In his foreword to the report, director general Tim Davie said that “the fee has been the subject of significant attention and debate as the BBC has introduced measures to provide licences for all those aged over 75.”

He did however say that the report shows “public support for and revenue from the licence fee have remained high.”

In spite of over a quarter of a million people cutting the licence fee out, February’s price increase in line with inflation meant that the BBC actually saw an overall increase in revenue. The total value of licences bought for 2020 was £3.39 billion, up from £3.35 billion in 2019.

The licence fee has squarely been in the crosshairs of Boris Johnson’s Conservative government, with the PM launching a review into decriminalisation of non-payment in December and a full consultation in February.

In his letter, Davie has come out strongly against decriminilising non-payment, writing: “The BBC believes that any civil system would increase evasion, be worse for the most vulnerable in society and reduce investment in the creative economy by over £1 billion for the remainder of the Charter period.”

The BBC said that 7.25% of British homes and non-household premises were evading the fee at the end of March, with an average of 6.95% for the entire 2019/20 fiscal year.

Despite it being the preference of the government, Tim Davie earlier this month – presumably equipped with the knowledge of this report – insisted that the BBC would not move to a subscription-based licence fee.