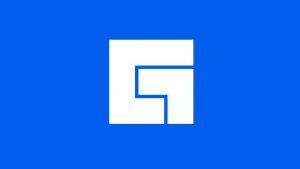 Facebook Gaming has announced a breakthrough agreement that will allow partnered streamers to play copyrighted music in their live streams.

This has long been an issue for live streamers on platforms like Twitch, who have had strict restrictions on use of licensed music. Amazon owned Twitch, for example, specifies that creators may use music owned by them, licensed to them or performances by them. Many streamers do use copyrighted music in the background of their streams which is technically against Twitch’s terms of service, but this has diminished since an influx of DMCA takedowns against streamers on behalf of the Recording Industry Association of America in June.

However, now Facebook is looking to create a more legitimate platform for streamers to incorporate music by announcing a wide-spanning deal.

In a blog post, Facebook gaming announced: “We’re partnering with the music industry to open up a vast catalogue of popular music for Facebook Gaming Partners to play while livestreaming games. Our work with music labels, publishers and societies, including Universal Music Group, Warner Music Group, Sony Music Entertainment, Kobalt Music Group, BMG publishing, Merlin and many partners means you’re able to include a vast amount of music across a variety of genres – current pop hits, dance floor beats, hip hop, 80s classics and much more.”

There are certain restrictions on tracks that can be played, but streamers will receive a pop-up notification should they try to play something not licensed for use on the platform.

The feature is currently only available to Facebook Gaming partners – streamers with significant followings who have entered into contractual agreements with Facebook – but the social media giant said that it is working to open this up to smaller creators.

Facebook was quick to clarify that “your stream should be about gaming, not music” and that streaming music in the background is approved, but “playing DJ without gaming is a no-no.”

The move is a significant step for Facebook Gaming’s attempts to emerge as a serious competitor to the overwhelming market leader Twitch following its merger with Microsoft’s Mixer, with this genuinely unique feature being unmatched by the Amazon-owned platform.