Microsoft is shutting down Mixer and partnering with Facebook Gaming 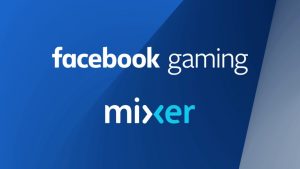 Microsoft is shutting down Mixer, its ill-fated game streaming platform that failed to make a dent in a market dominated by Amazon’s Twitch.

Announcing the news on Monday, Microsoft confirmed that Mixer will officially switch off on July 22 and that it will focus its streaming efforts through a partnership with Facebook Gaming.

Announcing the news in a blog post, Microsoft said: “It became clear that the time needed to grow our own livestreaming community to scale was out of measure with the vision and experiences that Microsoft and Xbox want to deliver for gamers now, so we’ve decided to close the operations side of Mixer and help the community transition to a new platform. To better serve our community’s needs, we’re teaming up with Facebook to enable the Mixer community to transition to Facebook Gaming. This is a key part of a broader effort that Xbox and Facebook Gaming are embarking on, bringing new experiences and opportunities to the entire world of gaming.”

That partnership will see all Mixer sites and apps automatically redirect to Facebook Gaming, while existing Mixer Partners will receive partner status with Facebook Gaming and streamers using the Mixer monetisation program will be eligible for Facebook’s equivalent Level Up programme.

Microsoft acquired Mixer – then called Beam – in 2016 as game streaming space was burgeoning into a significant industry, though it only started to capture mainstream attention in mid-2019 when it signed exclusive streaming deals with Ninja (the most subscribed-to gamer on Twitch) and Shroud.

However, those big-money deals evidently failed to capitalise on that attention, with neither streamer commanding nearly as large an audience on Microsoft’s platform.

It has been reported that these top streamers were offered – and declined – deals to shift their exclusivity to Facebook.

The news came as a huge surprise to users of the platform, with many streamers broadcasting in tears following the announcement.

Louise Shorthouse, analyst at Omdia, said: “Mixer failed to find a niche in the market – while Twitch leads live streaming and YouTube has become a hub for mobile gamers, Mixer did not have a strong point of differentiation. Why would a spectator choose Mixer over the market leaders? Even multi-million dollar exclusivity contracts with top streamers like Ninja and Shroud could not grow the Mixer audience in any meaningful way.

“What’s more, Ninja and Shroud represented very different gaming communities. Ninja is primarily a Fortnite player with a more mainstream, youthful following; Shroud, on the other hand is more grounded in hardcore PC gaming and technical skill. Mixer signing up these two influencers in quick succession reflects the platform’s lack of clear direction.”

Microsoft said it will instead now focus on developing xCloud, its game streaming platform with which it wants to reach an audience of 2 billion players.