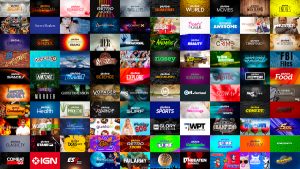 ViacomCBS has announced the launch of the Pluto TV app on Virgin Media.

The free-to-view AVOD offers access to more than 100 thematically curated linear channels and an extensive on-demand library with more than 1,000 titles such as British drama The Commander and Gordon Ramsay’s Hell’s Kitchen.

Pluto TV can be found on Virgin Media set top boxes in the Apps & Games folder. It becomes the latest ViacomCBS service to be added to Virgin Media following the addition of My5 last month. A deal signed between the two in October 2019 will also see the eventual addition of MTV Play.

This expansion to Virgin Media sees Pluto TV available on most major platforms including Amazon Fire TV, Android TV, Apple TV, Roku, Now TV and in the iOS App Store and Google Play Store. The streamer, which was acquired by Viacom in early 2019, has continued its international expansion and now has a footprint spread over three continents and 22 countries across the US, Europe and Latin America.

Maria Kyriacou, president, ViacomCBS Networks UK said: “At Pluto TV, we strive to create a new digital TV experience for audiences with an ever-expanding universe of original channels and on-demand programming. Being present on a high-quality platform such as Virgin Media helps us target new viewers and brings us closer to our goal.”

David Bouchier, chief digital entertainment Officer at Virgin Media, said:  “Pluto TV is a great app that provides a diverse range of programmes from top movies to top TV shows. The good news for our customers is that the app is available at no extra cost and joins our collection of top apps on our TV platform.”