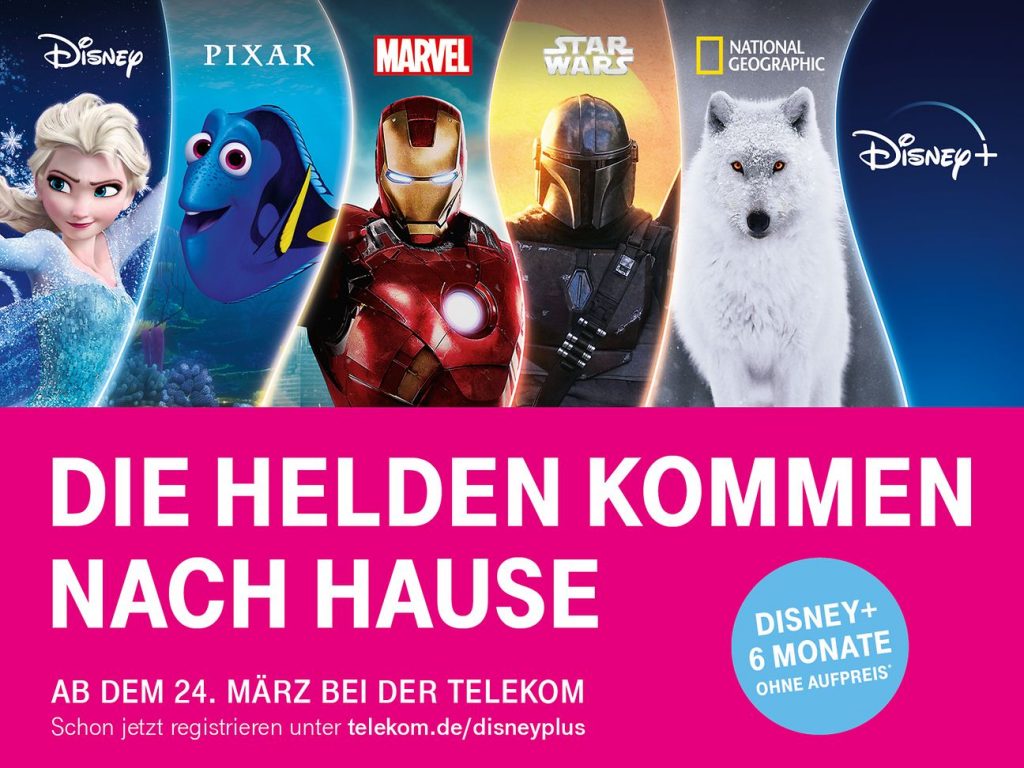 Deutsche Telekom has agreed a distribution deal with Disney that will see it become the exclusive sales partner for Disney+ in Germany.

This announcement confirms recent reports that Deutsche Telekom was after a deal with Disney.

The deal will also see MagentaMobil, MagentaZuhause and Magenta TV customers offered the streamer for six months for free.

However, at launch Disney+ will not be integrated on Deutsche Telekom set-top boxes. The operator has said that users should use the app on their tablet, smartphone or smart TV until it becomes available.

As per Disney’s deals in other countries, Deutsche Telekom will handle sales of Disney+ in Germany, with any subsequent distribution arrangements going through the operator.

Dirk Wössner, board member for Deutsche Telekom’s German business, said: “With Disney’s announcement to enter the streaming business, it was clear to us that we had to make this attractive offer accessible to our customers. Who doesn’t remember classics like The Jungle Book, Snow White or the latest blockbusters like Avengers: Endgame and Star Wars. Disney just tells stories for everyone.”

Jan Koeppen, EMEA president for The Walt Disney Company, said: “With Disney + we are entering a new era of innovation and creativity for Disney and creating a unique experience for fans. With Deutsche Telekom as our sales partner for Disney+ in Germany, we can now offer millions of Telekom customers different ways of experiencing our films and series.”

This deal follows similar arrangements in the UK with Sky, Italy with TIM, Spain with Telefónica, and in France with Canal+.