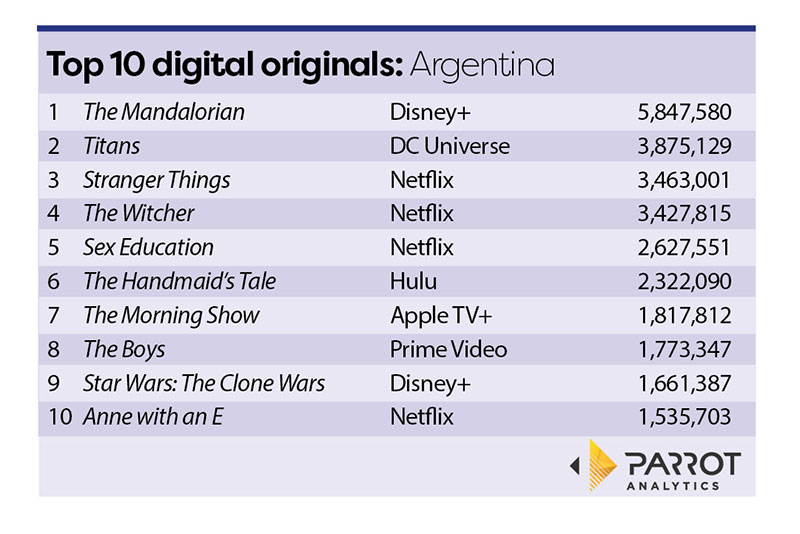 In what is quickly becoming a familiar story, Disney+’s The Mandalorian has once again proved to be the hottest streaming original, with it topping Parrot Analytics’ originals in-demand chart for the week ending January 26 in Argentina.

In a trend that is eerily reminiscent of Netflix’s Stranger Things stranglehold through 2019, The Mandalorian has continued its dominance with 5,847,580 average demand expressions – a significant lead over DC Universe’s Titans in second place with 3,875,129. 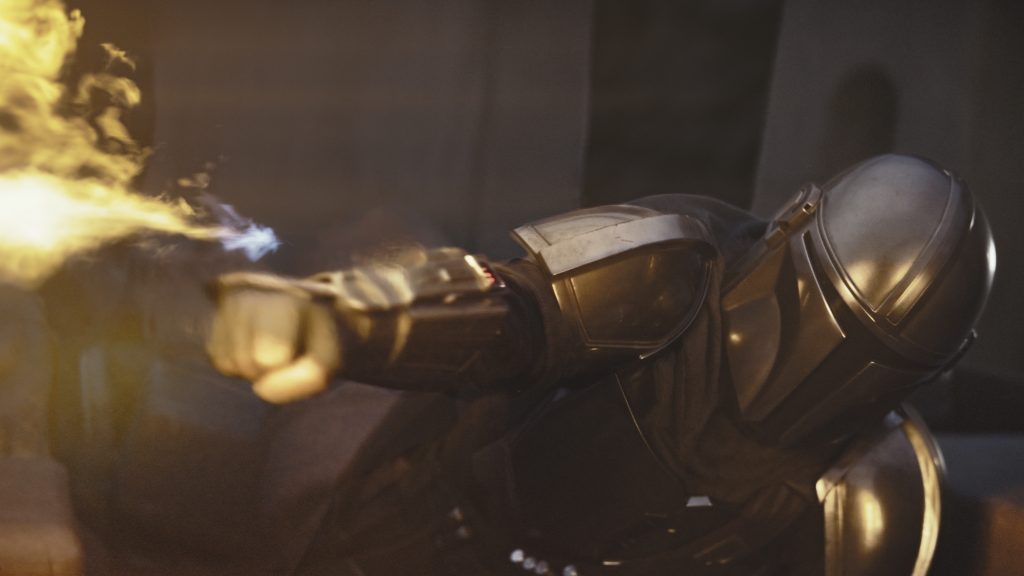 The live action series is one of two Star Wars shows to feature in the list, with animated Star Wars: The Clone Wars featuring in ninth with 1,661,387 average demand expressions.

While Stranger Things is not quite the hot property it was previously, it still charts highly in third with 3,463,001 average demand expressions. Other Netflix hits – The Witcher, Sex Education and Anne with an E – feature in fourth, fifth and tenth place respectively.

Hulu, Amazon Prime Video and Apple TV+ all have one show a piece – The Handmaid’s Tale, The Boys and The Morning Show.

The latter show was heralded by Apple CEO Steve Cook during the company’s Q1 earnings call. Cook praised the team for its multiple Golden Globe nominations, and actors Jennifer Aniston and Billy Crudup for their respective Screen Actors Guild and Critics Choice awards.