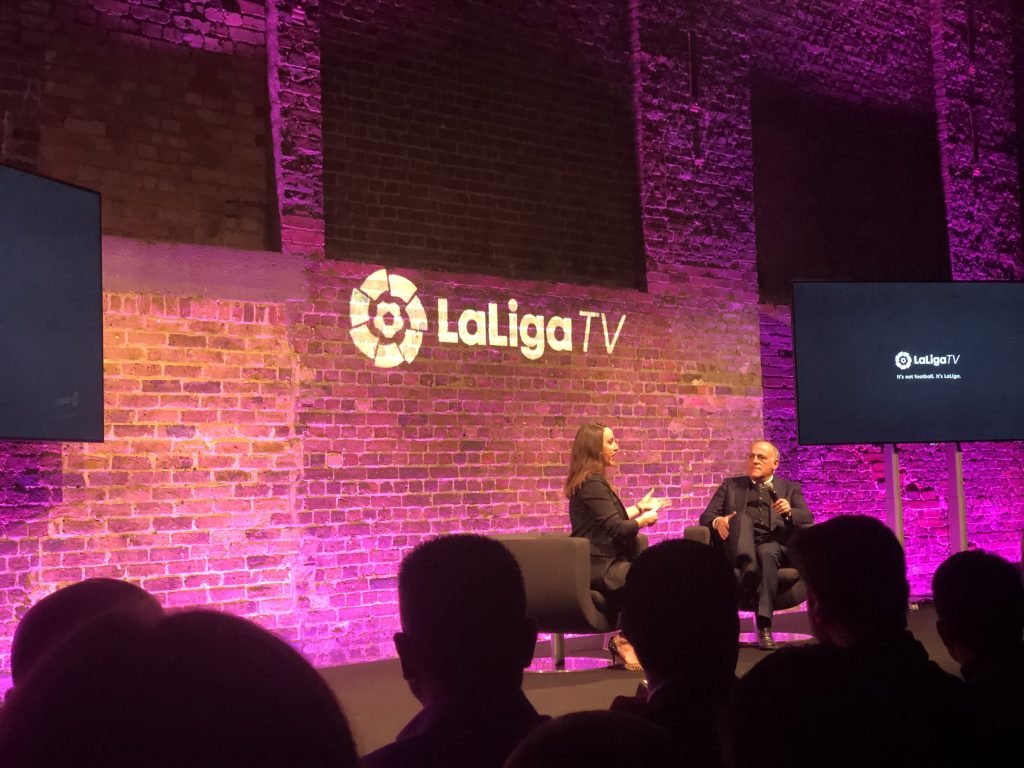 Premier Sports has announced a partnership with Virgin Media to bring its new channel, La Liga TV, to the operator.

The announcement was made at a launch event for the new channel in London.

Speaking at the launch, La Liga president Javier Tebas said that the league “wants to be as visible as possible” and that the wider launch will help it in its aspiration to be “the most watched sport in the UK after the Premier League.”

The channel, which launched earlier this week, will feature every match from the La Liga season – amounting to 26 hours of live football coverage every weekend – along with a variety of analysis, documentary and interview shows.

This level of coverage enabled by the league’s unique scheduling of matches, with 10 time slots each match day. This means that there are no overlapping matches. Tebas said: “We sometimes watch five films in a day, so why shouldn’t you be able to watch all the matches you want? People now watch four matches on average every weekend.

Tebas also acknowledged the tumultuous time it has had over the past 18 months in the UK. The league signed a deal with OTT platform Eleven Sports for the 2018/19 season, but that was effectively abandoned after the service failed to attract enough subscribers by December. The rights were then quickly renegotiated, with Premier Sports and ITV handed the rights temporarily to cover the remainder of the season.

For the start of the 2019/20 season, ITV showed live coverage of three matchdays before the league signed a three-year deal with Premier Sports.

“We’ve been going through a transition process,” Tebas said. “The UK is important for us, it’s a strategic market – this is the home of football… we’re back in the position we want to be.”

The president also talked about the investment it has made in production, with post-match interviews now regularly being conducted in the studio with the players appearing via hologram.

He said: “For some years we’ve been thinking about investing in the production value of our programmes. It should be as modern as possible – it’s important for fans to watch football in the best condition possible.”