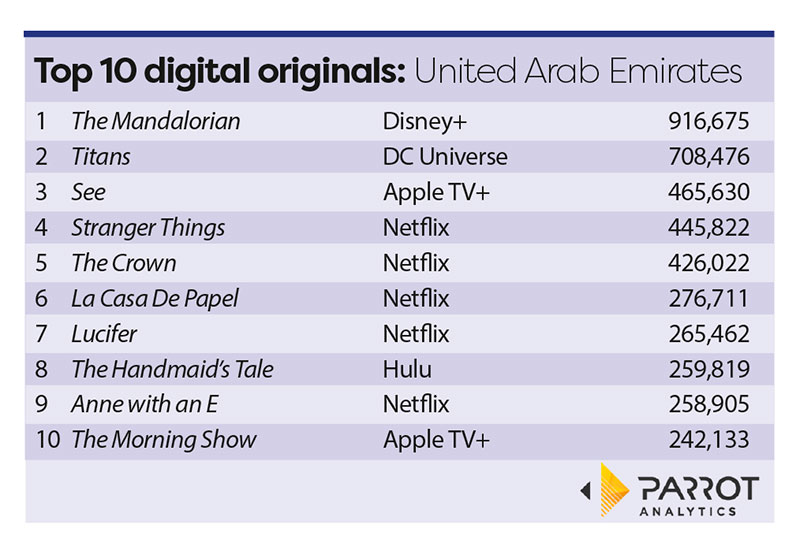 In a potential sign of things to come in 2020, new series from Disney+ and Apple TV+ have made a serious dent in Netflix’s dominance as per Parrot Analytics’ originals in-demand chart for the week ending December 1 in the UAE.

Sitting atop the list is Disney’s first live-action Star Wars series, The Mandalorian, which has become a viral sensation thanks to its soup-sipping baby Yoda. The show, which had four episodes available during the week, saw 916,675 average demand expressions in the country.

Apple TV+ also prospered with the Jason Momoa-starring See in third with 465,630 while The Morning Show – which received multiple Golden Globe nominations this week – is in tenth with 242,133 average demand expressions.

DC Universe’s Titans, a usual suspect in the list, was second with 708,476 average demand expressions.

Netflix titles such make up half the pack, but the streamer’s highest-ranked series is Stranger Things – a usual chart-topper – in fourth with 445,822 average demand expressions. Other Netflix titles include The Crown, La Casa De Papel, Lucifer, and Anne with an E.

Hulu’s sole entry is The Handmaid’s Tale in eighth.