Pluto TV launches on My5 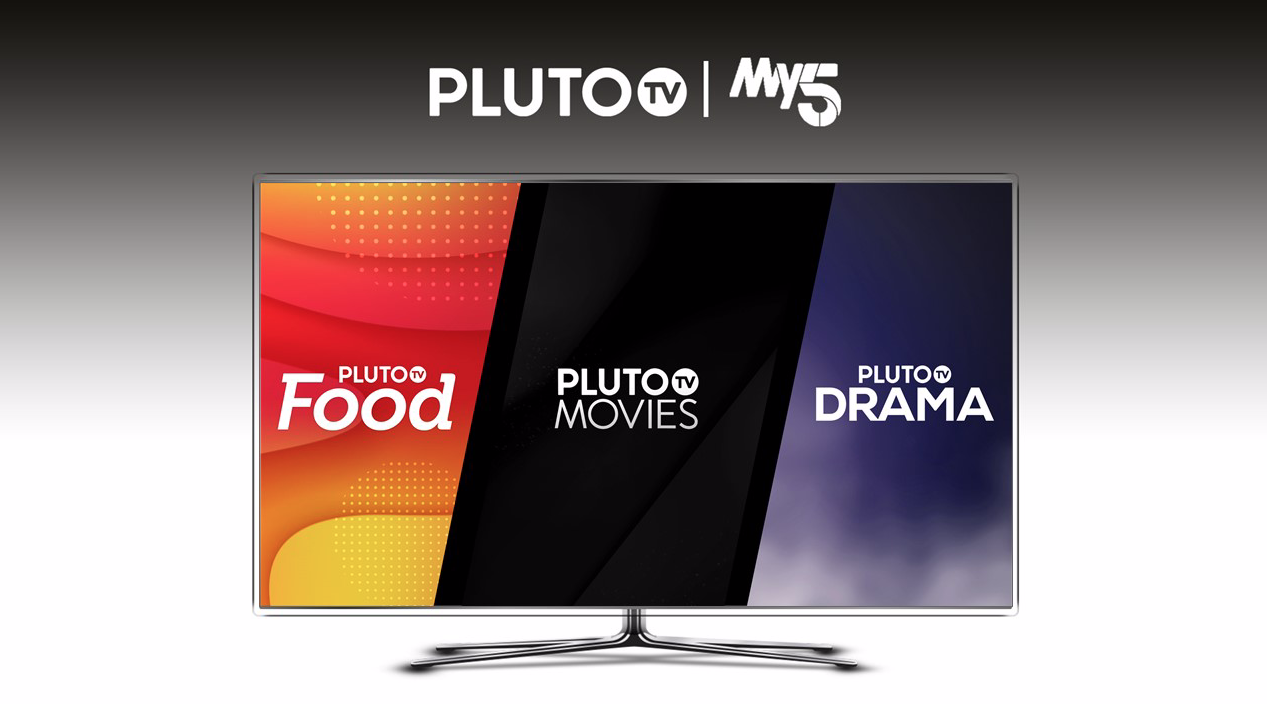 The launch of the channels on My5, news of which was reported by Digital TV Europefrom the Variety TV Summit in Londonearlier this month, marks the first collaboration between the two Viacom-owned AVOD platforms in the UK, following Viacom’s recent global acquisition of Pluto TV.

The addition of the Pluto TV Drama, Pluto TV Movies and Pluto TV Food channels on My5will significantly expand Pluto TV’s presence in the UK, with My5 providing the three Pluto TV channels with distribution across a host of new platforms including YouView, Freeview, Apple TV, and mobile devices.

Pluto TV Food brings anew content genre to My5, while Pluto TV Movies and Pluto TV Drama will supplement Channel 5’s existing pipeline of content, cumulatively delivering an extra 720 hours of programming to My5 each year, according to VIMN.

The addition of Pluto TV brings My5’s count of standalone channels to 10, including PBS America, Real Stories, BET and BLAZE from A+E Networks UK, which VIMN said together had contributed to a 42% year-on-year increase in content hours on My5.

Oli Thomas, VP, digital, Viacom International Media Networks said. “My5 has one of the most diverse ranges of content of any PSB VOD service and the Pluto TV channels further enhance our proposition in the UK. We know that movies and drama in particular work well in the on-demand space and we’re thrilled to debut such an exciting range of library content on My5.”

Olivier Jollet, managing director Europe at Pluto TV said: “Collaborating with a well-established VOD platform like My5 allows us to pursue our ongoing goal to further enhance Pluto TV’s visibility in the UK. The three carefully curated Pluto TV channels not only add to My5’s existing line-up but also enable the My5 audience to experience a small portion of Pluto TV’s diverse programming.”

In other UK news, Discovery unveiled at its Upfront event in London yesterday that it was rebranding its Home channel in the UK as HGTV, marking the debut of the HGTV brand in the UK.

The move follows the completion earlier this month of Discovery’s acquisition of former UKTV channels Home, Really and Good Food after the agreed split-up of UKTV by Discovery and the BBC.